Terraonion has just announced a new product called MODE:  The Multi Optical Disc Emulator.  This product is an ODE that’s currently compatible with all versions of the Sega Saturn and the Dreamcast, with connections available for MicroSD, USB and SATA HDD’s!  Not only does that cover all different storage use cases, but you can use the MicroSD card in tandem with either SATA or USB drives, with the ability to switch between them in the menu.  As a note, USB and SATA can’t be used simultaneously, as it would draw too much power.

For menu navigation, you can choose between a simple list view, or a more aesthetically impressive view with box art and thumbnails:

As for speed, I’d expect it to have the same improvements as other ODE’s:  Any time added to loading due to the disc spinning up, or the laser re-aligning will be completely eliminated, as flash memory can be polled instantly.  Also, while these console’s load times are still limited by the speed of their CDROM controllers (usually 1x or 2x speed), eliminating drive spooling almost always results in a noticeable improvement in speed.

Compatibility is always a topic of discussion with ODE’s and Terraonion claims they’re working hard to ensure as many games as possible are tested and working.  For example, multi-disc support will be available by the time the units ship to customers and even in beta, it’s already shown to be compatible with both the ‘redump’ set, as well as CDI and GDi images on the Dreamcast.

For more details, check out the full “2020 FPGA Direct” linked above.  Pre-orders are open right now from the Terraonion website at €199 (around $217) and it’s shipping now:  https://bit.ly/sagmode 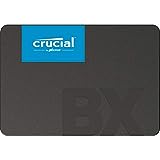 (as of February 5, 2023 – More infoProduct prices and availability are accurate as of the date/time indicated and are subject to change. Any price and availability information displayed on [relevant Amazon Site(s), as applicable] at the time of purchase will apply to the purchase of this product.)