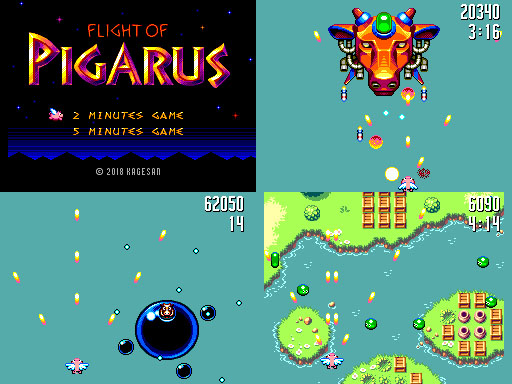 Game developer Kagesan has just released a complete homebrew shmup for the SMS called Flight of Pigarus.  According to Kagesan: “The game is a score-attack shoot’em-up, which means that the main goal is to score as many points as you can within a strict time limit. The game saves the highest score for each of its […]