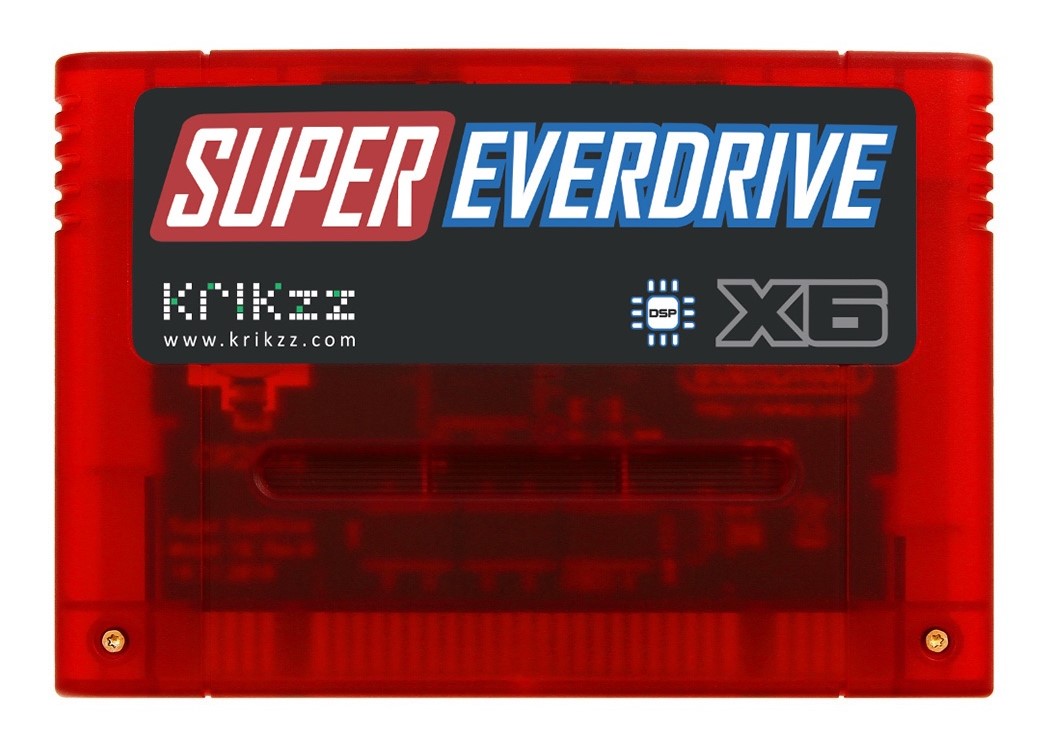 Krikzz just released a firmware update for his Super Everdrive line of rom-carts.

This new update brings in the save-game upgrade that most other Everdrives have been receiving during the past few months. In short, the cart now has the ability to move the save data, of a running rom, from the battery ram to a specific folder on the SD card, whenever the menu is accessed by the user. In the past, the data got transferred to the SD card only when another rom was selected then launched; that led to data loss in some cases.

Also, unexpectedly, through the changelog of firmware v1.04, Krikzz made a soft announcement of the upcoming release of the Super Everdrive X6. Based on information posted on Krikzz‘s official website, it seems that the X6 will add support for a few enhancement/special chips that are not accessible on the X5, namely:

Games like Super Mario Kart and Pilotwings will be fully playable by adopters of the X6, without the need of going down the route of the more premium priced and featured packed FX-Pack/Pro. The Super Everdrive X6 is fairly priced at $79 and the budget-friendly X5 can now be had for $55.

(as of January 30, 2023 – More infoProduct prices and availability are accurate as of the date/time indicated and are subject to change. Any price and availability information displayed on [relevant Amazon Site(s), as applicable] at the time of purchase will apply to the purchase of this product.)