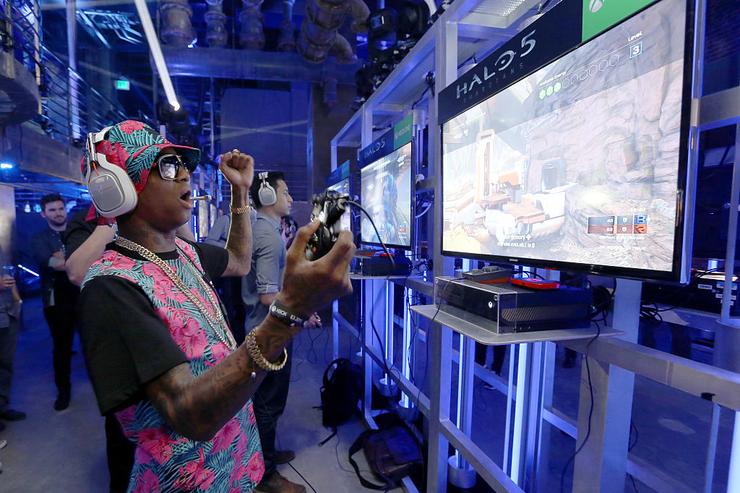 The first system is simply (and brilliantly) titled “SouljaGame Console”. It’s a cheap Xbox-One knock-off that has 800 built-in games. It supports both HDMI and Composite out and comes with two Dualshock lookalike controllers.

The second system is a handheld and yep, you guessed it, it’s called “SouljaGame Handheld”.  This Revo K101 knock-off boasts a whopping 3-inch screen and has 3000 built-in games.

But wait, there’s more. Both of these systems have been around for quite a while now not on the rapper’s website though, but on a seller’s store on AliExpress who goes by the name of “Anbernic”(https://www.aliexpress.com/store/3850034). The latter is selling the consoles at 106$ and 60$ respectively while Soulja Boy is listing them for 150$ and 100$. But he was actually “decent” enough to include “Anbernic” ‘s name in the product descriptions sections.

What’s that? Are any of  the 3000+ built-in games licensed? Of course… not! So what differentiates SouljaBoy from those ebay users selling rom-loaded emulation boxes? Well they’re not famous rappers.

Throw your wimpy consolized MVS and your Darksoft-multi out of the window now and replace them with the mighty SouljaBoy Console/Handheld and get thousands of additional games on the side. (Seriously though, don’t even think about it.)