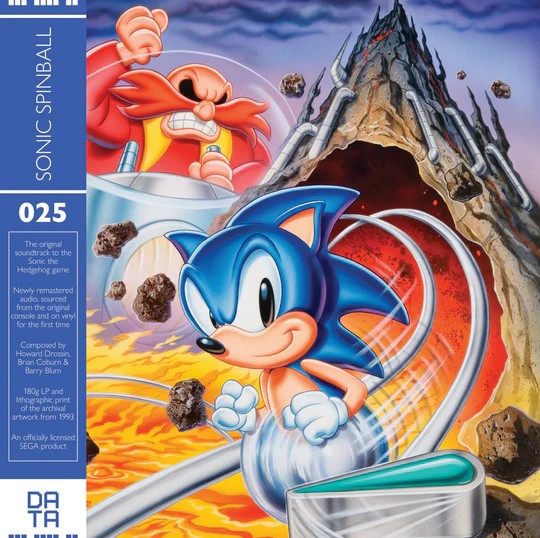 Data-Discs has released a vinyl soundtrack for the Sega Mega Drive/Genesis game, Sonic Spinball composed by Composed by Howard Drossin, Brian Coburn and Barry Blum from the SEGA Technical Institute in the USA on a 180g 45rpm single LP for £23.99. Audio was sourced from a Japanese Mega Drive alongside archival files supplied by Sonic Team. Vinyl record is packaged in a heavyweight matt laminated sleeve. Along with the soundtrack, this release also comes with lithographic print of classic cover art and an obi strip.

This record will be available in following variants:

Frosted Clear edition will available now, during initial release, while Transparent Blue and Classic Black might be repressed in the future.

Apart from this new release, there will be also repress for Out Run and Sonic Mania, at the same time. All 3 releases are scheduled to ship before 10th August