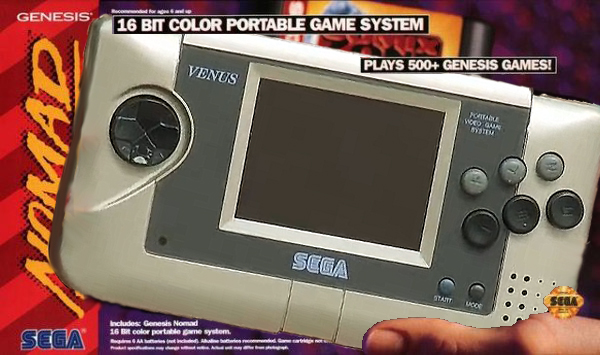 Sega has just posted a video going over the history of it’s consoles and for what I believe is the first time ever, they showed a prototype of the Nomad, called the “Venus”.  While the video itself is interesting, I don’t think anything else new or revealing was included.  The video does confirm the fact that Sega used names of the planets for their prototypes, but I believe that was pretty much common knowledge at this point.

Footage of the Venus is only on-screen for a few seconds, but if you’d like to see for yourself, check it out at the 11:31 mark in the video below!

(as of November 28, 2022 – More infoProduct prices and availability are accurate as of the date/time indicated and are subject to change. Any price and availability information displayed on [relevant Amazon Site(s), as applicable] at the time of purchase will apply to the purchase of this product.)