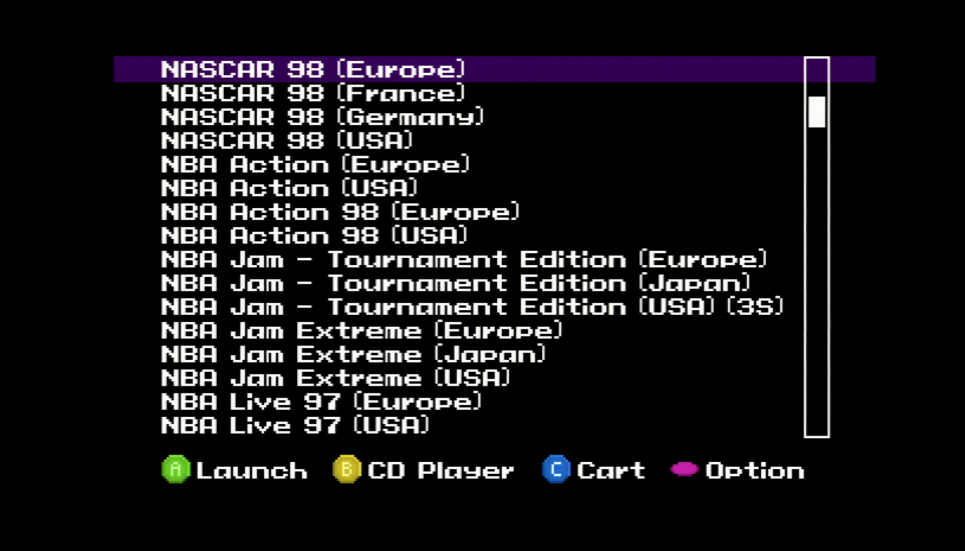 A new firmware was just released for the Fenrir Optical Drive emulator:

The user interface has been tweaked, including fixing the top overscan area.  Non-CRT users might not realize that TV’s in that era often cut off the borders of the signal and game developers compensated for this by not putting any critical information too close to the edges.  The original Fenrir firmware often ended up with the first game in the list getting cut off and this new UI seems to have fixed that.  While I didn’t have any other complaints of the original UI, I do prefer the look of this newer one!

There’s also a new “cart” option that allows you to launch into Action Replay and Pseudo Saturn Kai cartridges.  The full changes are as follows:

Also, 8bitmods is now including a free 20-pin flex cable in the package, to prevent any issues with the original.  I definitely suggest using the new one, just to remove one potential point of failure…then maybe just keep the original with the CDROM drive.

For more information on the Fenrir, check out the review: