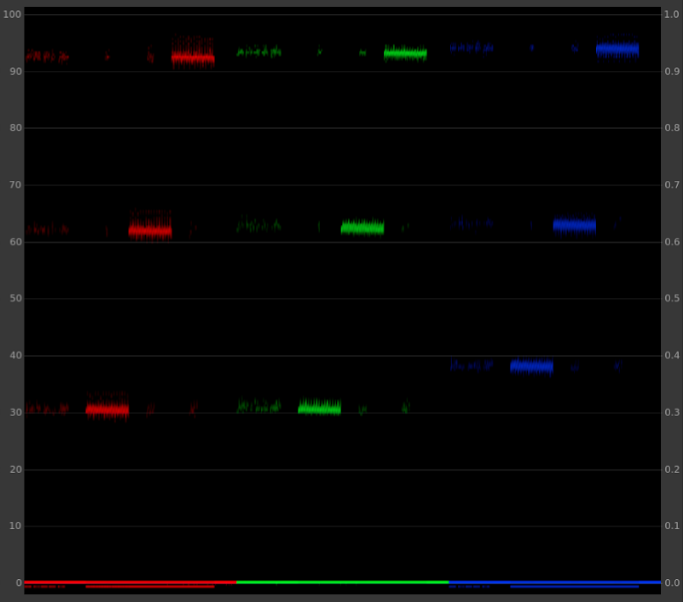 An initial tweet exchange between Chris Covell and Bernard Bygott lead to some deeper analysis by Bernard into the Sega Master System’s blue channel.  Initially Chris mentioned the phenomenon:

That's cool! Have you tried this analysis on the Sega Master System, by any chance? I hear its RGB is not exactly linear.

And shortly after Bernard posted a deeper analysis including several measured outputs from a scope (link to Bernard’s detailed Google Doc within his tweet):

Sega Master System nonlinear blue. Google Doc will be edited… if I am ever crazy enough.https://t.co/7cdHoLymkT

Bernard’s analysis indicates that the blue channel doesn’t match the red and green channels at an output voltage level, which on real hardware outputting to a correctly calibrated display will result in a “cooler” overall colour.  The ramifications are interesting, particularly for emulators and FPGA simulation devices where equal red, green and blue values were assumed based on internal digital logic, rather than measured late stage analogue output.

Once again, excellent work courtesy of a community of wonderful people willing to share ideas and data openly, with results that will further benefit both original hard enthusiasts as well as emulation fans.