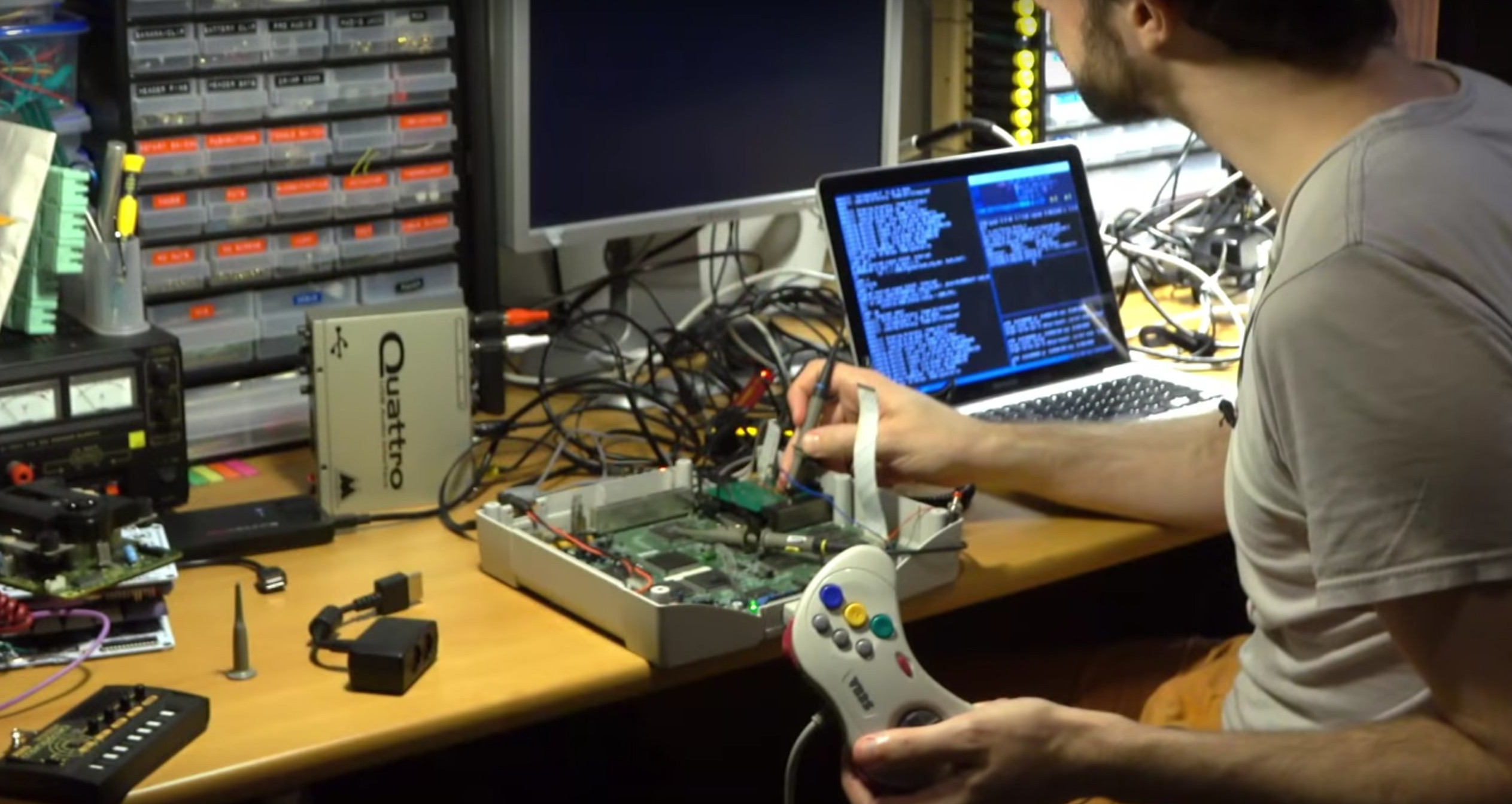 Professor Abrasive has posted an update on the status of the Satiator ODE for the Saturn.  The gist of the update is that the PCBs, components and stencils have been shipped to the fabrication house and will hopefully be returning to him shortly after which he will prove out the QA test rig by rigorously testing each unit.

The mechanics of the test rig are basically complete – a Raspberry Pi with a touchscreen – but the front end is a little rough and needs some work.  He intends to eventually replace it with a web-based GUI for ease of use and updating.  He’s also exploring solutions for a plastic case for the small quantity of beta Satiator units. He has previously stated plans for an injection-molded case for the final unit, but the beta units may ship with a 3D-printed design in the interest of getting them out quickly.  While it could technically be used as a bare PCB that invites the possibility of damage, shorts, and being inserted upside-down.

Patreon backers at the beta level will be hearing from him in the short term, though he has promised to post an update to Patreon when the mailing address confirmation emails start going out so no one should start obsessing over their inbox just yet.

“Very short post because it’s been a very long week.

All of the necessaries – PCBs, components, a solder paste stencil – are in transit to the PCB assembly house. Assuming nothing goes wrong (!) beta boards should be coming back to me in a little while.

Then I’ll test them all, which is going to require a bit more work on the test system.

All of the actual tests are implemented, and I’ve tested them a bit. This will test them a lot.

I also built a user interface for the test system to make it a standalone unit – a Raspberry Pi with a touchscreen. But I made a UI that was, while pretty, not very flexible. (Anyone who has designed a GUI in a hurry before will know this problem.) I’m very probably going to reimplement the frontend to just work in a web browser, where UI is relatively easy to change, and use something like OpenHTF to deal with a lot of the boilerplate of test automation, report generation et cetera. Expect some extensive posting in the future on test systems.

I’m currently looking at fast options for an interim plastic shell for the Satiators for the beta round, so it’s not just a bare PCB. This would give it a bit of protection in shipping and usage, as well as make it impossible to plug it in upside down. It may be that I end up 3D printing a shell on an FDM printer, which would be much uglier than the final product, but minimal in turnaround time.

Beta patrons will hear from me about shipping addresses in the next week or so. I’ll post here when address queries have gone out, so no need to start hitting refresh just yet 😉

Many thanks to all of you for bearing with me through this quiet phase. I’m excited (and a little nervous) for my baby to meet the world!“