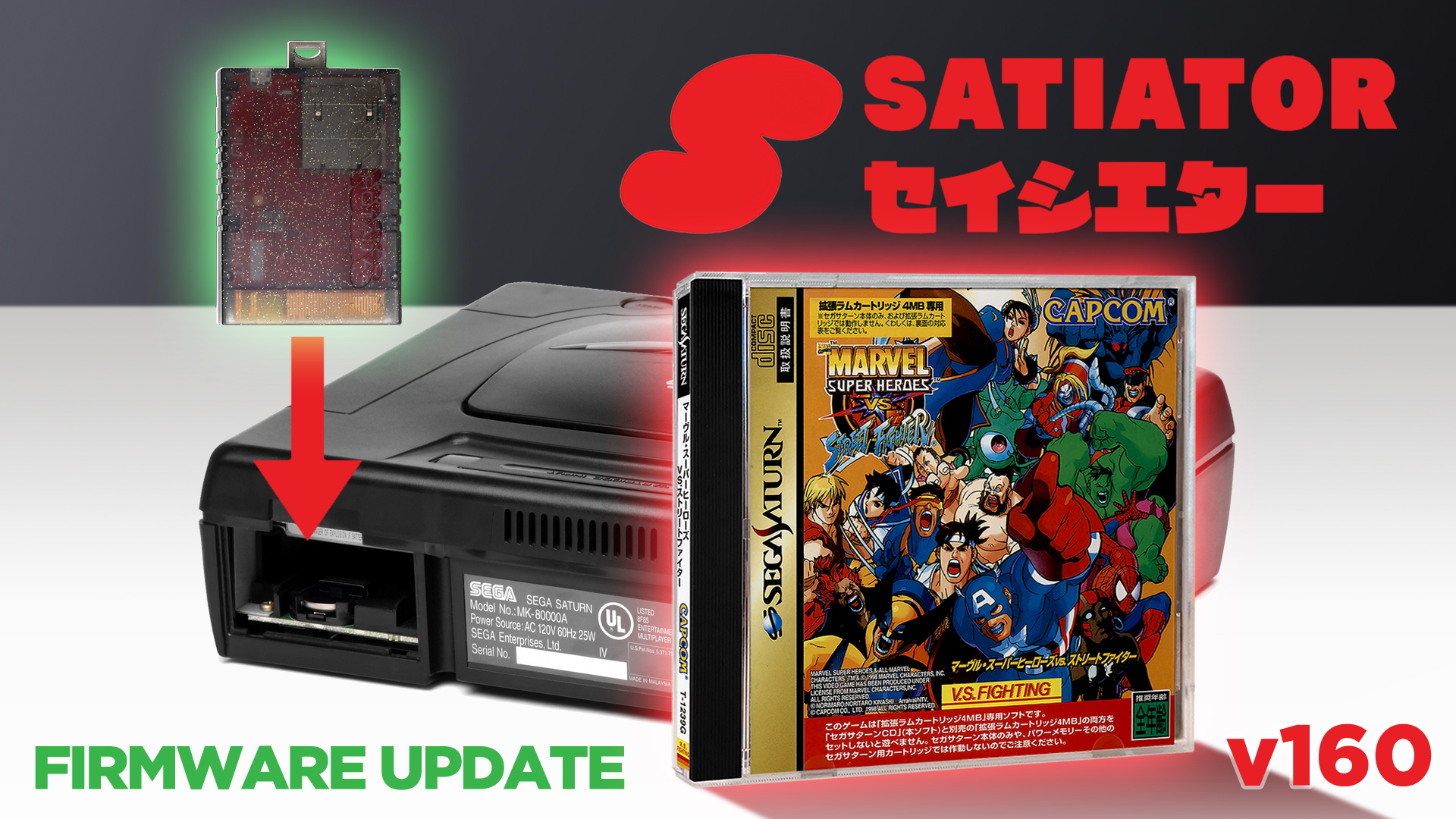 When Professor Abrasive released the Satiator — the optical drive emulator he invented that plugs into the Saturn’s rear VCD card port — it could play hundreds of games off an SD card without issue.

But players looking to try out their newly bought Satiator seemed to run to one game again and again: Marvel Super Heroes vs. Street Fighter, one of the last and most beloved 2D fighting games Capcom ported to the Saturn.

To their dismay, each person was met with a crash upon beginning a match. Something about the game wasn’t playing nicely with the Satiator, and people let Abrasive know about it in his official Discord server.

Lesser men might have gone mad after nearly two years of identical complaints, but Professor Abrasive simply put his head down and got to work.

At long last, he’s solved the problem. A new firmware for the Satiator is available now that works with Marvel Super Heroes vs. Street Fighter. You can download it here — it’s labeled satiatorfw160.zip.

How did he do it? Abrasive explained in his Discord server:

“Every time the emulated drive finishes reading one sector the Satiator does about half a dozen transactions with the CD block (data and housekeeping). They tie up a fair bit of CPU so other CD [block] tasks get delayed. And MSHvSF is sensitive to one particular thing being delayed (specifically the EndDataTransfer command’s EHST response). The fix was to add a little delay between the individual transactions so that the CD [block] has time to run its regular CDB code. This drops the worst case latency for the EndDataTransfer path from 1ms or so down to 100us which is roughly what it is without the Satiator.”

“What a monster,” he said, “it’s been months and months.”

He went on to say that he wouldn’t be surprised if the new firmware magically fixes some other titles. Sure enough, it does.

One of the users in Abrasive’s Discord, Viceroy, reported several other games that work now:

AMOK is also fixed. I got some weird problem where the first few times I tried the US version, it just went to black screen after the Sega logo. Now it works fine. JP version worked first try.

Note that in all of this testing that I did not play for any significant length of time. I played MSHvSF through to the end though, no problems whatsoever as I mentioned earlier.

Gex didn’t crash for me when I skipped the intro FMV, and I used the password in the issue ticket & entered the lower left level on the map (Disco Inferno) and it didn’t crash.”

Abrasive initially released the firmware to the community for beta testing on Aug. 17. He and the community spent more than two months testing it out before finalizing it today.

The last update to the Satiator’s firmware came in March. That update fixed problems with streaming music during games caused by a stack overflow in the Saturn’s RAM.

Professor Abrasive also released a new menu, menu 67, in late June that fixed problems when using the Mission Stick to navigate it.

Check out Shiro’s review of the ODE here: