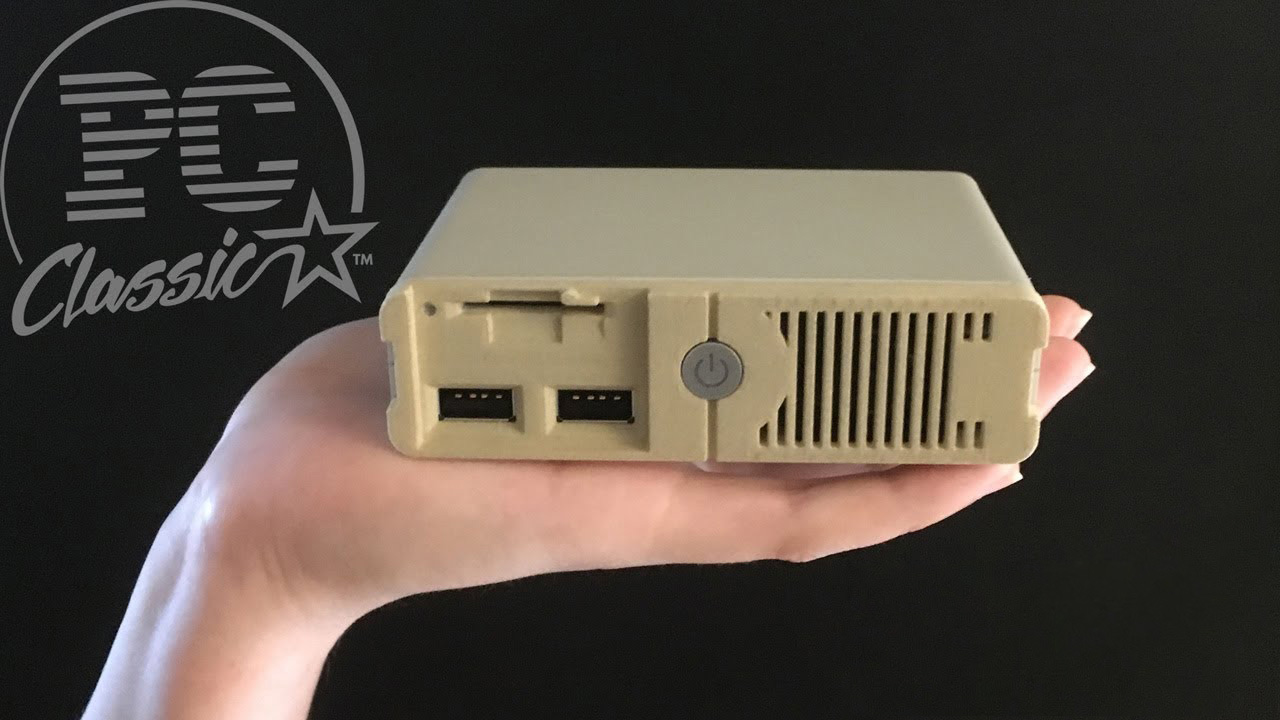 Following Nintendo’s ultra-successful example, major gaming companies have been getting on the Mini/Classic systems bandwagon lately with variant results both in quality and commercial success.

While everybody (not me) is waiting for the release of the semi-disappointing “PlayStation Classic” and the (official, not At Games junk) Sega Genesis/Mega Drive mini, a small company by the name of Unit-e (no not another industry giant this time) just announced the “PC Classic”.

It is not the first mini home computer on the market per se, as the “C64 Mini” has been around for a few months now but it’s the first to support DOS gaming out of the box.

Eric Yockey, CEO of Unit-e briefly showcased the “PC Classic” on YouTube: it comes enclosed in a roughly made 3d-printed plastic box (that suspiciously looked like a Raspberry Pi to me, I hope I’m wrong though) and has 3 USB ports, an SD card slot and both HDMI and Composite out.

That’s right, Composite! That’s a huge step down for classic PC gamers as they’re generally used to playing through RGBHV a.k.a VGA. Thankfully that’s not the only video out method offered here.

But again, like all those classic systems out there, this is mostly targeting casual gamers who would want an easy solution that would directly plug into their media setup.

The “PC Classic” games (all licensed but none showed in the video) will be released on SD cards and be pre-configured for joystick support.

Unit-e is planning a crowdfuding campaign that will go live in late November and they’re aiming for a 100$ price point for the base unit.

Check out Unit-e’s YouTube video for more details about the “PC Classic”: https://www.youtube.com/watch?v=2sjbrqR36w4