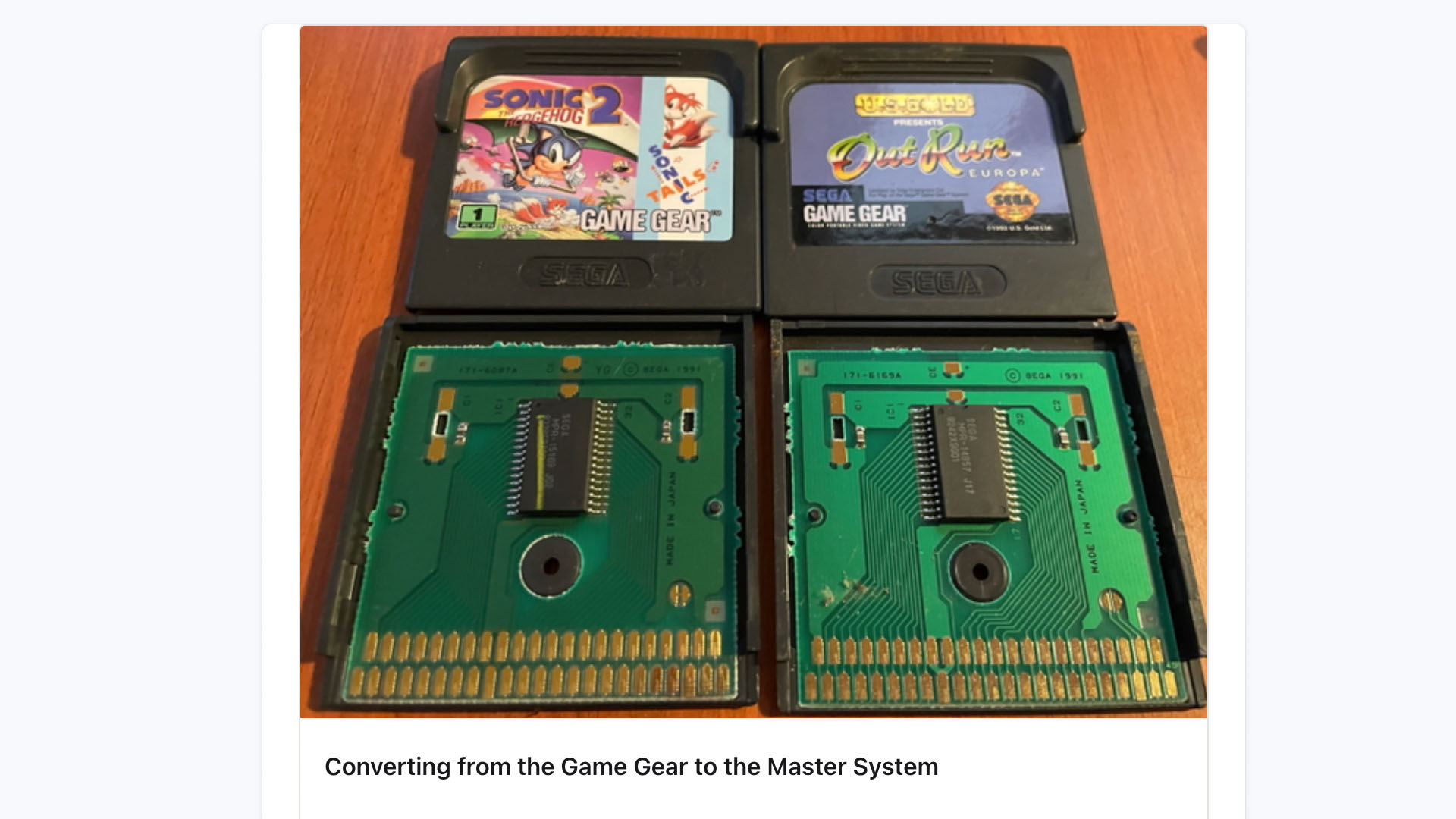 Developer Nicole Express recently posted a detailed writeup of her experience with Game Gear to Master System romhacks, as well as using Apocalypse’s hardware converter.  If you’re a programmer interested in the difference between SMS and GG games, I’d call this a must read.  If you’re just a nerd like me, it’s still something you’d probably find interesting:

Even as a non-programmer and someone who’s been chronicling these hacks since they first started, I learned a lot from Nicole’s writeup.  Some fun things, in no particular order:  Her screenshot of the sub-pixel routine necessary for “downscaling” the SMS resolution was a great visual queue.  Combine that with Maxim’s original post on SMSPower! and it’s really interesting to see how that actually worked!

I’ve also been kinda fascinated as to how mapping the GG’s Start to a different button works.  In some games, you only need to find a way to accept the “start” command to begin the game and that can just be mapped to button 1, only on that screen.  In other cases, the same command pauses during gameplay, so in those screens it would need to be mapped to the SMS’s Pause button.  And of course there’s some games where Start brings up a menu…so what to do then?  Program it to use a Genesis controller and its Start button?  Require a second controller with a button mapped to Start (by far my least favorite option)?  Or just map it to SMS Pause and require people to sit next to their consoles?  It’s all really interesting and very cool to see Nicole’s breakdown of the code!

If you’d like some basic examples of these conversions and backward compatibility in action, along with another look at Apocalypse’s GG2SMS converter, check out the video I posted awhile back: