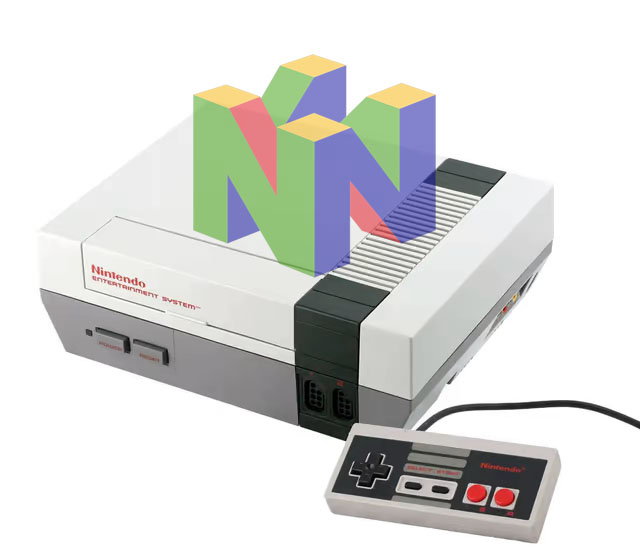 NES emulation on N64 is not new as Neon64, an open-source NES software emulator for the N64, has been available for years now.  While early revisions of Neon64 suffered from game compatibility, audio, and lag issues, the newer v2.0 release introduced a few improvements such as a smoother framerate and better overall accuracy. But the advancements in FPGA capabilities and development, in the past few years, have opened the door for bigger possibilities in the world of emulation.

Krikzz‘s new NES core is FPGA-based and aims at achieving a cycle accurate emulation of the original hardware. But Krikzz did mention that, for the time being, some system components are running in an overclocked mode which may cause some compatibility issues. So it is safe to assume that the core is still in beta phase.

Note that the new NES core only runs on the Everdrive-64 X5 and X7 carts. According to Krikzz, the FPGA chips used in older Everdrive-64 v2.x and v3 carts don’t have enough resources to run the new core.

To install Krikzz‘s new NES core, first download the nes.v64 file located here. Go the ED64 folder on your SD card and replace the old nes.v64 with the file you just downloaded. Copy your NES roms to a folder in your SD card, then select and start a rom to start playing. There is no need to run the core every time you want to boot a game.

For those looking to play NES games through s-video capable CRT TVs/monitors or scalers, and don’t want to mod their original NES/Famicom consoles, then running Krikzz‘s new core on a compatible rom cart in conjunction with a shielded s-video cable, could be an easy and quick solution. You could also add a Raphnet SNES-to-N64 adapter to the mix.

If you own a compatible Everdrive-64 and would like to help Krikzz in improving the new NES core, make sure to report back bugs and issues over at the EverDrive forum.