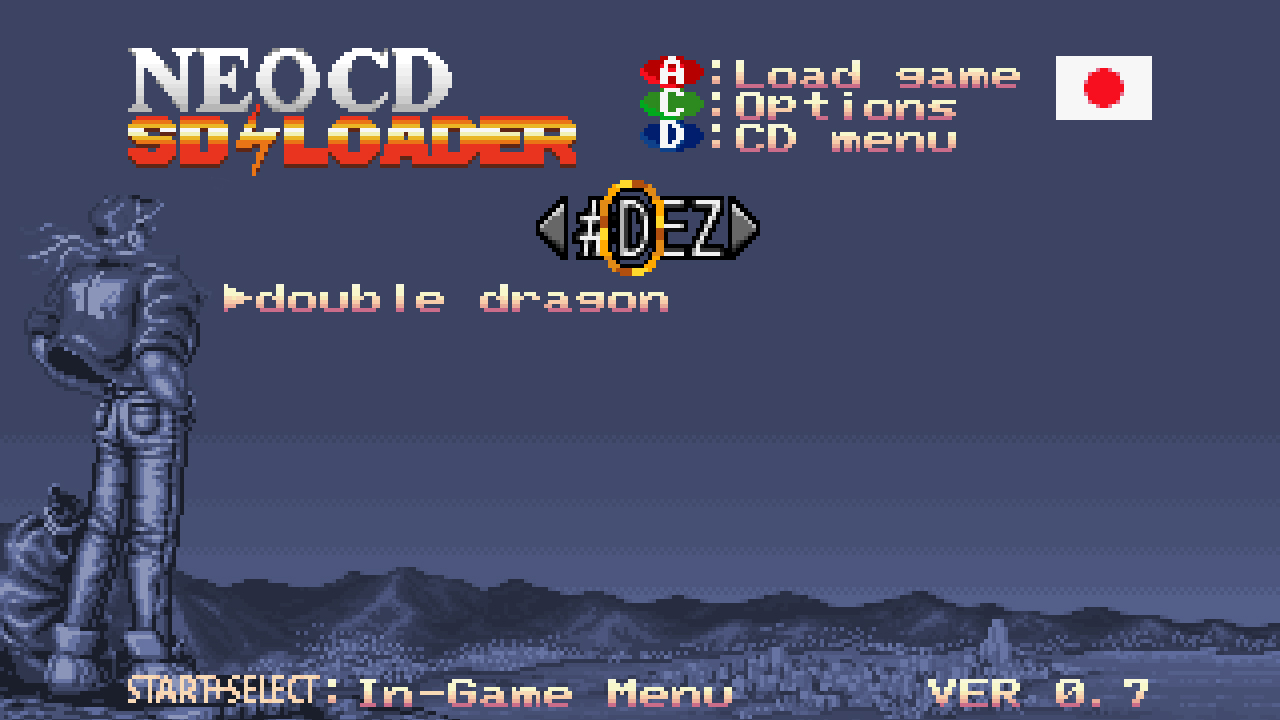 Furrtek has just released a new firmware for the Neo SD optical drive emulator.  There’s some significant changes in this release, with a 25% loading speed increase and the ability to load custom backgrounds to the menu:  http://furrtek.free.fr/sdloader/support/firmware.htm

Alex aka ArcadeTV has already created some custom menu backgrounds for it and they’re equally as impressive as his background work for the latest MEDPro firmware!:  http://neosdlthemes.arcade-tv.de/

Thanks to @furrtek (the awesome dude that never seize to amaze us) NeoCD SD Loader now has support for custom backgrounds. In honor of the release of version 0.7 I've prepared some 4bpp gfx for use with your fine hardware:https://t.co/pn43u37Pll pic.twitter.com/oKoPn3Pq1P