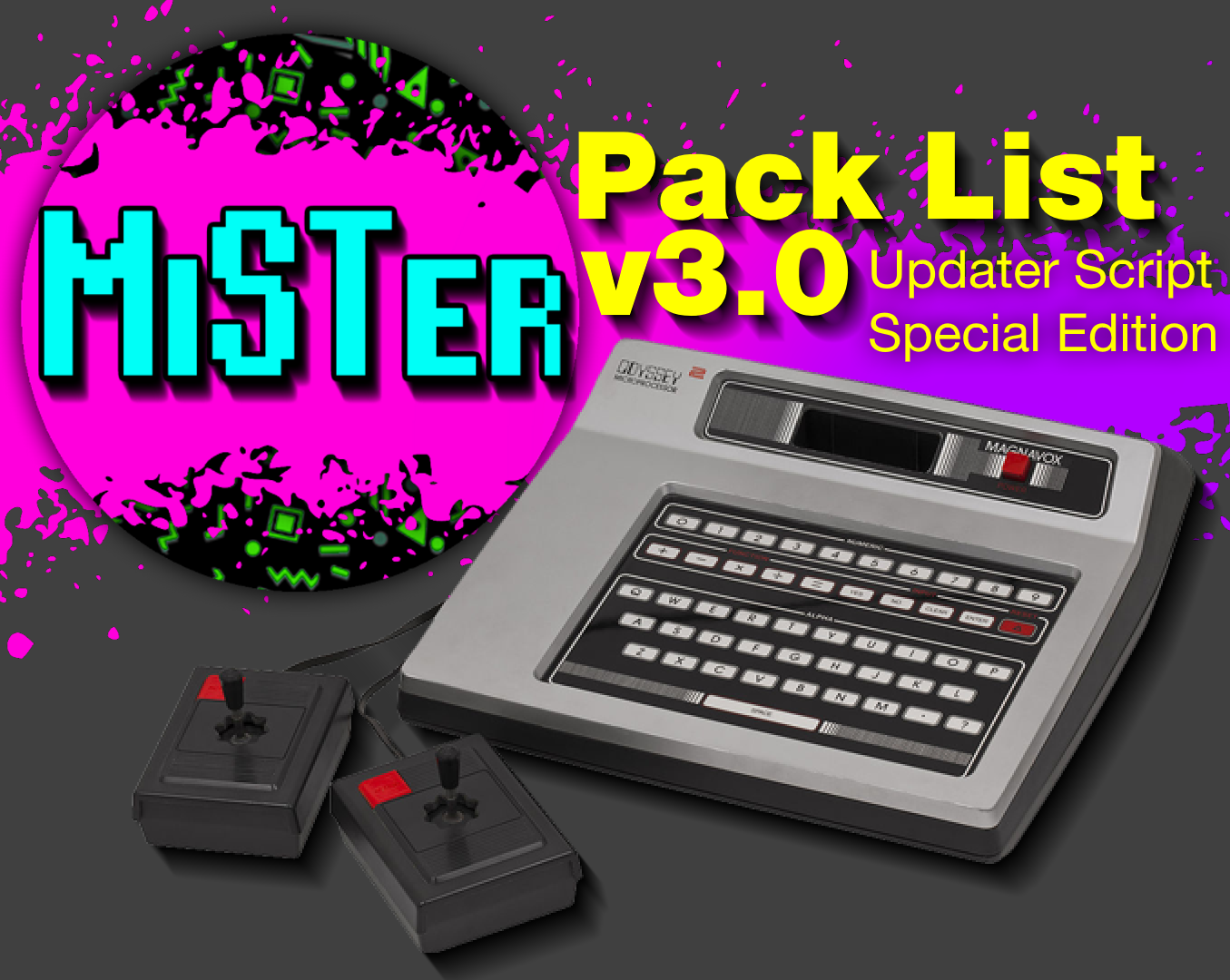 I just pushed MiSTer Pack List v3.0 to Github. V3 is a complete redesign based around the new functionality of the Updater Script by Locutus73. I worked with Locutus behind the scenes and he designed the script around the file-layout of the MiSTer Pack List. Basically, it’s so integrated now that you will never have to manage or update official cores ever again. Simply run the Update Script from MiSTer’s GUI and it will fetch the latest Official Cores, Mister Main, Filters, and Palettes, and will populate them in their respective locations. It even works with my complex Arcade Hacks folders.

WARNING: Erase your previous pack from the SD card before using v3.0 or you’ll break the updater!