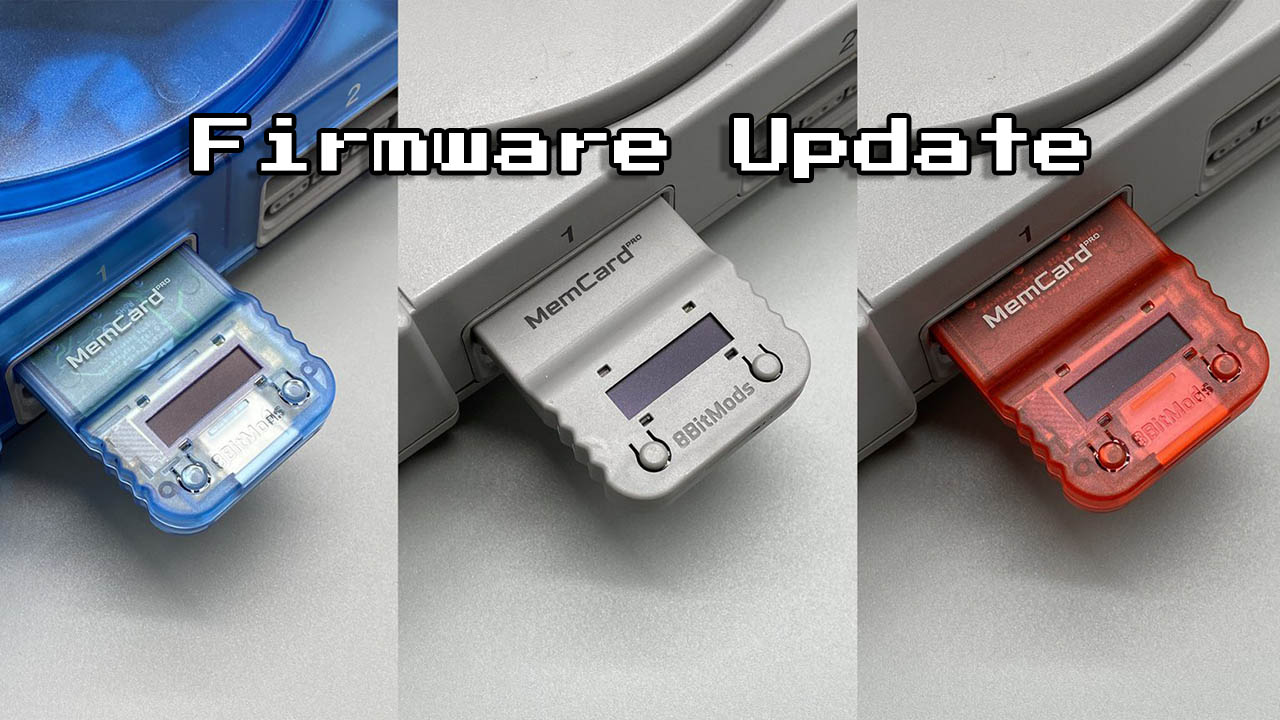 A new firmware has just been released for the MemCard Pro, that focuses on bugfixes.  If yours has been running smoothly, this isn’t the most exciting update, however updates like this are a good reflection on how diligently the team is still workign through the code and getting us the most stable experience.  Also, if you were running into any of these issues, hopefully this update takes care of it!

To install the firmware, simply extract the zip to your MicroSD and overwrite the existing files.  Then make SURE to wait until it’s done and reboot.  For more info about the MemCard Pro, check out the video below.  The full list of changes and bugfixes in this firmware can be found below:

A new #MemCardPRO firmware update (1.0.3) is available!
This is a bugfix update that should fix a lot of random reboots.
It also is necessary for the next version of the XStation Loader 😉🤐