An “unofficial” firmware for the newly-released Mega Sg has just been posted.  This allows the launch of Genesis, Master System, Game Gear and Colecovision ROMs from an SD card connected to the console.  The firmware also implements a few bugfixes and feature tweaks.

The firmware and more information can be found here and pics of it in action can be found below (Smokemonster’s installation video at the bottom!).  If you plan on loading ROMs, make sure to create the file structure the way its explained in the github page:  https://github.com/SmokeMonsterPacks/Mega-Sg-Jailbreak 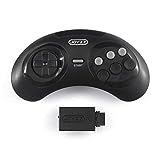 (19)
WIRELESS CONTROLLER for SEGA Genesis/Megadrive. Can be used with master system as well UP TO 150 HOURS OF GAMEPLAY AT ONE CHARGE. Low power consumption. POWER SAVING MODE. Battery discharge time in this mode MORE than YEAR. FASTEST RESPONSE - 2.7ms, ... read more
(as of July 7, 2022 - More infoProduct prices and availability are accurate as of the date/time indicated and are subject to change. Any price and availability information displayed on [relevant Amazon Site(s), as applicable] at the time of purchase will apply to the purchase of this product.) 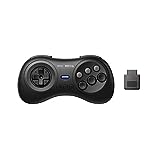 (1083)
$29.99
2.4G wireless Technology Built in rechargeable battery Highest quality retro Controller available, Designed with attention and care Includes M30 2.4G Controller, 2.4G receiver & USB cable Upgradeable firmware
(as of July 7, 2022 - More infoProduct prices and availability are accurate as of the date/time indicated and are subject to change. Any price and availability information displayed on [relevant Amazon Site(s), as applicable] at the time of purchase will apply to the purchase of this product.)

After installing the jailbreak firmware, you’ll first notice an updated font, as well as the addition of the “cores” option (pictured above).  Please note that after flashing the firmware (official or jailbreak) all custom settings will revert back to default, so prepare to re-set all the audio and video tweaks.

After entering the “cores” menu, you’ll see the selections for the different consoles.  The first thing I wanted to see was Game Gear games, as Kevin’s FPGA core on the Analogue NT Mini was near-perfect and was my favorite way to play GG games on a TV!

After entering into the game selection window, you’re greeted with a warning, reminding you to return to the menu before powering off if you’d like to save your game progress.  You can disable this warning, but I leave it on to remind myself!  I’d hate to loose progress in a game because I forgot!! 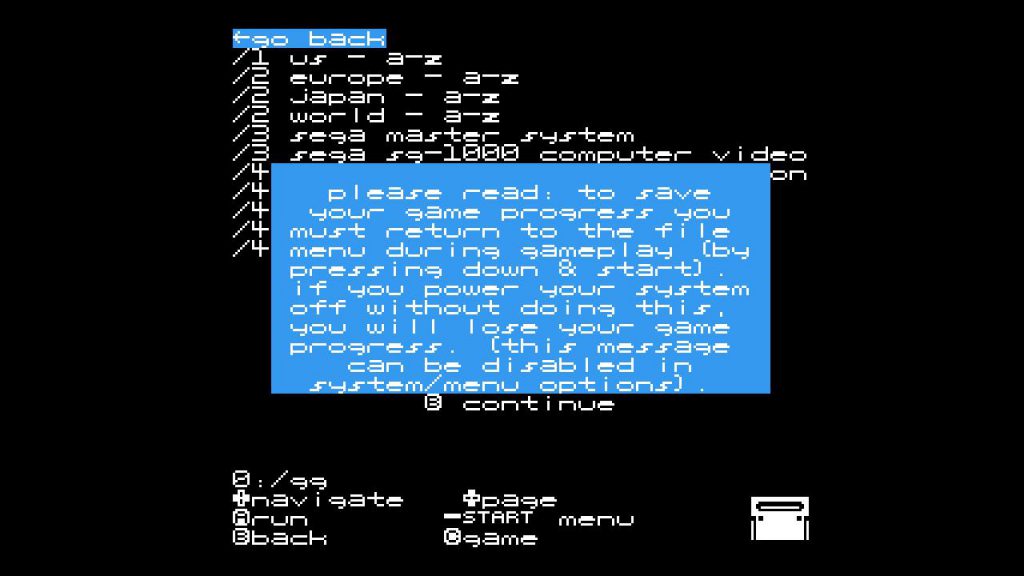 After that, just choose your game (assuming you’ve sorted them properly like mentioned above) and start playing! 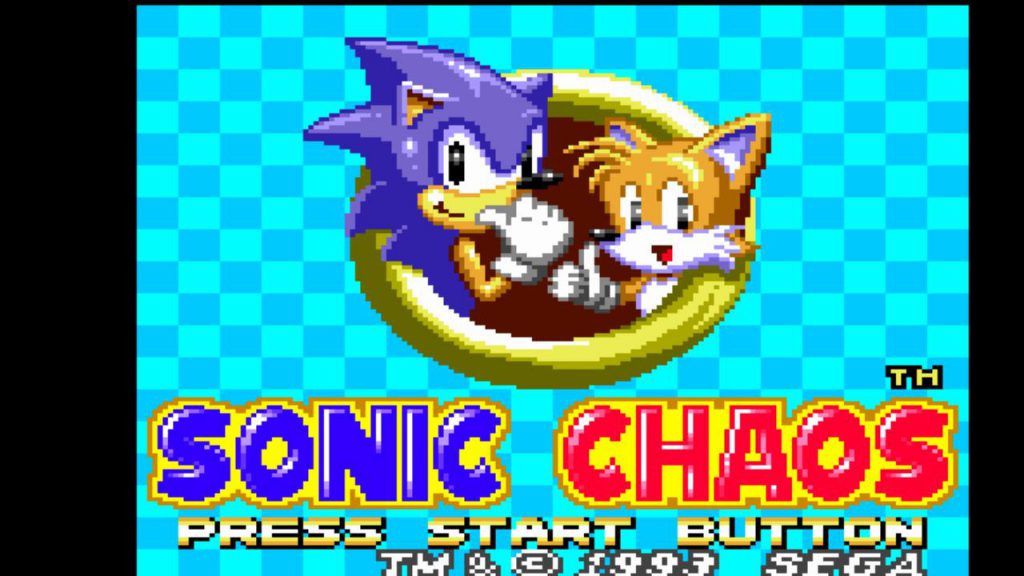 Unfortunately, there’s still no word on when the other cartridge adapters, as well as the long-promised RGB/Analog adapter will be released.

Also, another official firmware was released with all the same bugfixes and feature tweaks, but without ROM support.  I’m not sure why you’d want that, but here’s the link if you’re interested:  https://support.analogue.co/hc/en-us/articles/360024836892-Mega-Sg-Firmware-Update-v4-3