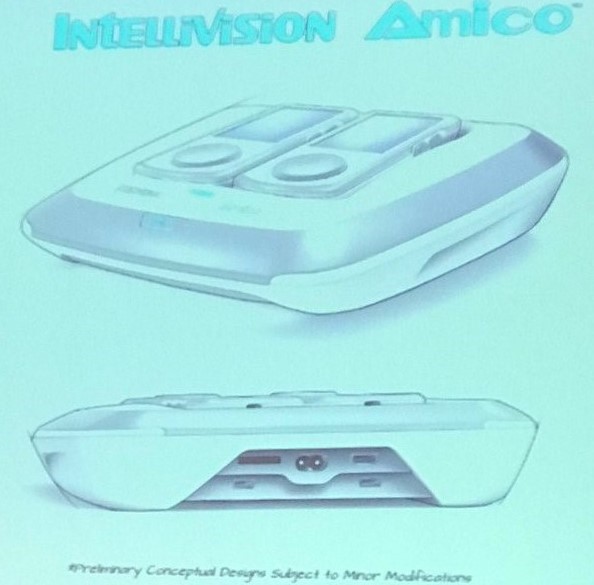 Intellivision Entertainment revealed quite a few details about their previously announced console (in May 2018), at PRGE (Portland Retro Gaming Expo) this past weekend.

Tommy Tallarico, current president of Intellivision, addressed the convention’s audience about the upcoming “Amico”; a dedicated 2D modern system that will, supposedly, be much easier to program for (precisely talking about 2D games) than current-gen 3D focused consoles.

On the controller side of things, it seems that the not-so-popular Intellivision circular directional pad made its comeback with the “Amico” but the numeric pad has been replaced by a touch screen.

Games will mostly be released digitally and their prices won’t surpass the 7.99$ limit.

Intellivision insisted on keeping all of their releases within the E-rated category, targeting a more”family-friendly” market.

I seriously hope we won’t be witnessing another “Coleco Chameleon” fiasco here, but an inevitable storm of polarized opinions is lurking on the horizon now, brace yourselves.

A few selected articles about the “Amico”: