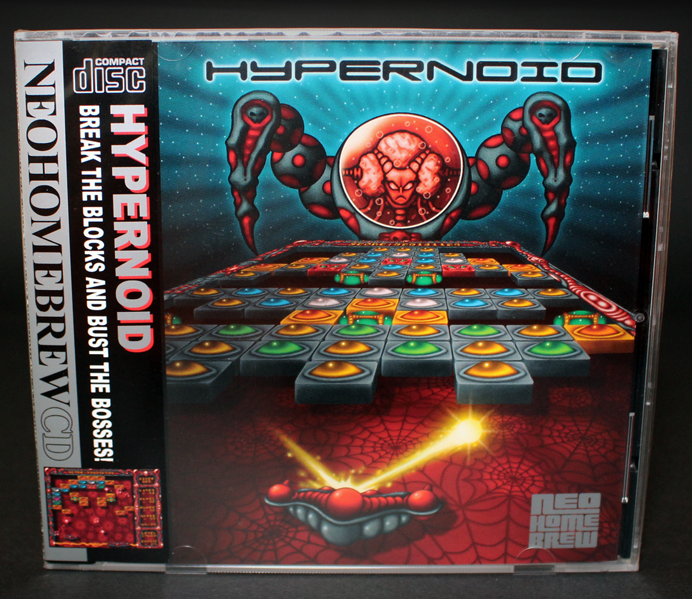 If you are a fan of Arkanoid, Breakout and other block breaking games, NeoHomeBrew now has his fantastic Hypernoid available to purchase on the Neo Geo CD via his shop: https://nhb-shop.com

Hypernoid features 45 stages and 5 boss stages. The concept is simple: Use your paddle at the bottom to bounce a ball around the stage and clear out all the blocks to move onto the next stage. This classic block breaker game genre is largely underrepresented on the Neo Geo. There is Pop N Bounce, but it’s not really the same thing. 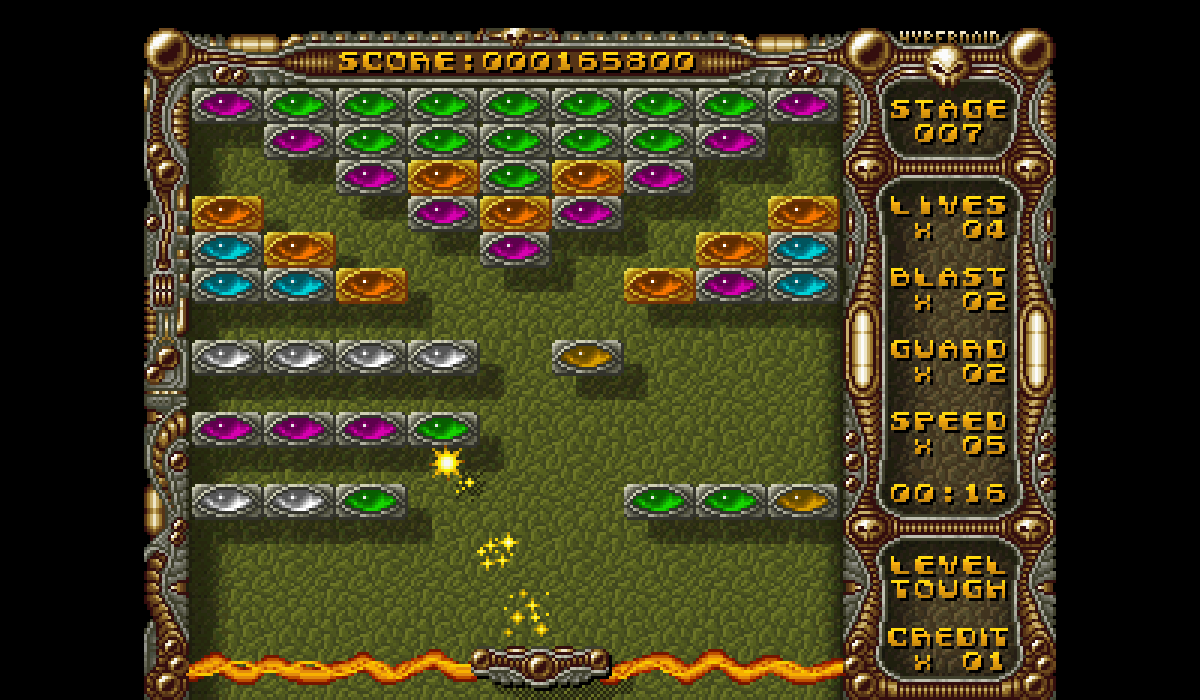 Perhaps you want to play Hypernoid, but aren’t interested in purchasing a CD of it. Good news! NeoHomeBrew has a Patreon that you can join and one of the benefits of joining is that he offers the full Hypernoid game in multiple formats for download: Both Darksoft and NeoSD flash cartridge formats, Mame roms and a generic rom format for other emulators. You can also play Hypernoid on MiSTer as well. Ohhh, and he also has Neo CD image formats for both Furrtek’s NeoCD SD-Loader and burning to a good old fashioned CD-R. Literally anyway you might want to play it, he has a supported image for it.

You can visit his Patreon here: https://www.patreon.com/nhb/

NeoHomeBrew has also mentioned that depending on how well sales go on the CD game, that he is considering doing a run of MVS carts down the road for Hypernoid.

I personally joined his Patreon on day one (actually I think I was his first Patron) and purchased both the CD game and a couple spinners and can say without hesitation that it was worth every penny. If you even remotely like block breaker games, Hypernoid is a fantastic play. Wonderful graphics, a fantastic soundtrack and outstanding gameplay. This might be a home-brew game from a single developer, but you would never know it. It’s well polished and presented. Bottom line: it kicks all sorts of ass.