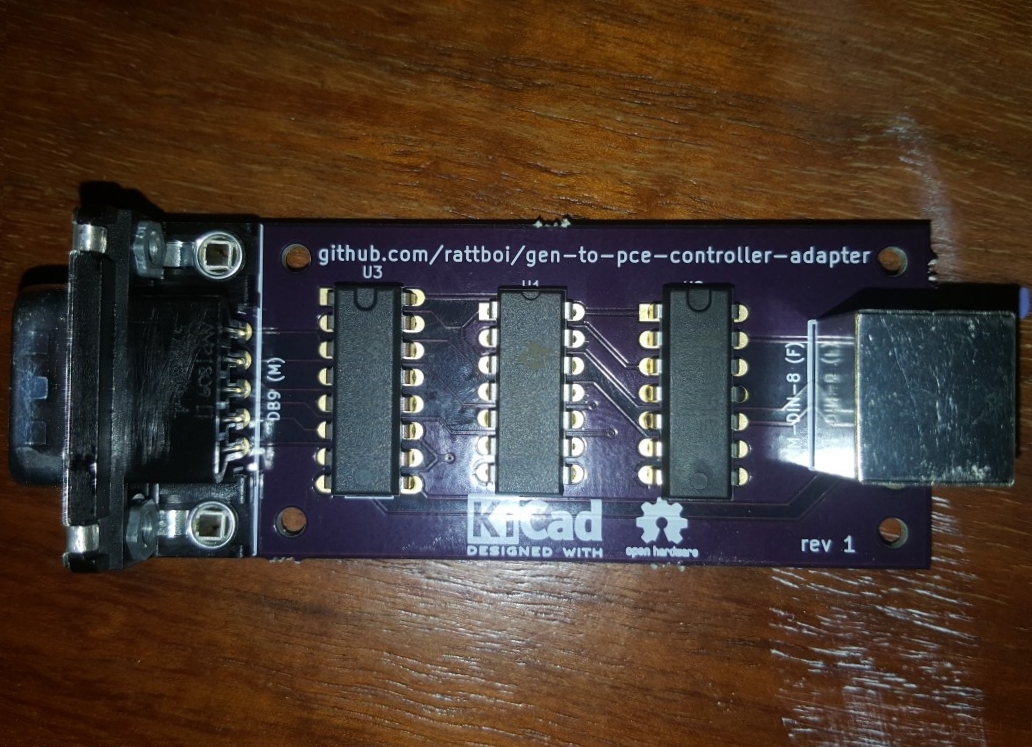 Rattboi posted pictures of his open-source Genesis-to-PCE/TurboGrafx-16 Controller Converter on the SmokeMonster Patreon Discord. This is the v1 Beta, and he already has a v2 schematic ready, which will add a switch to map Button A to Select or Run. This will allow you to switch between 2-button and 3-button PCE/TG16 controller mode.

He’s also designing another PCB that can fit inside a Genesis controller, to make a non-destructive controller conversion possible by just swapping in his PCB. The original Genesis controller’s PCB and cable can be kept for posterity and the mod will be 100% reversible.