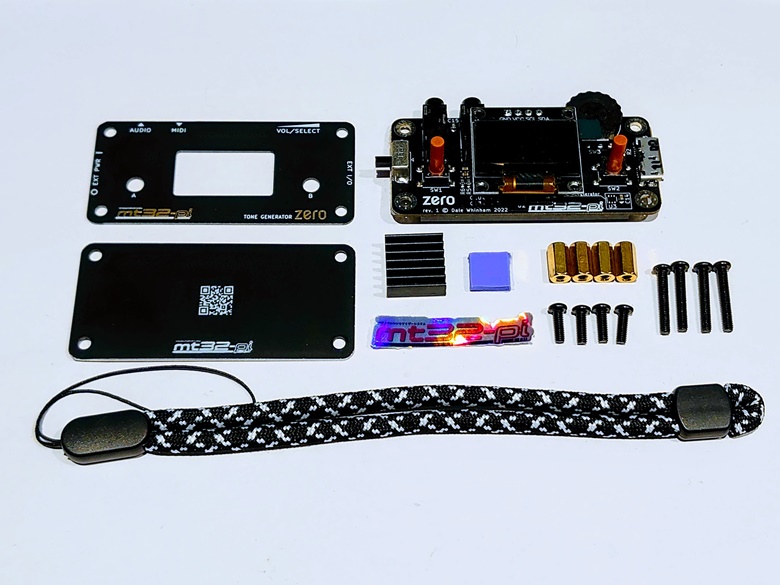 Dale Whinham – perhaps better known as d0pefish, the creator of mt32-pi, has launched a shop over on Ko-Fi selling the first official hardware based around the project.

If you’re not already familiar, mt32-pi is an open source project which emulates the Roland MT-32 and other MIDI devices using a Raspberry Pi, and can be connnected to MiSTer FPGA as well as vintage PCs and – well, basically any other equipment that supports MIDI output.

Two versions of the kit are offered for sale – an “enhanced” version (which sold out within minutes of going public) for £64.99 and a “standard” kit for £54.99 – which is still available at the time of writing. He is UK-based but international shipping is available. The enhanced version offers a signal booster intended to eliminate potential issues when used with longer cables.

Features (as stated on the linked shop page) are as follows:

The parts included in the kit comprise of:

Users will have to source their own Raspberry Pi Zero 2 W, and if they wish to use their mt32-pi with real vintage MIDI hardware, will also require a TRS to MIDI cable.