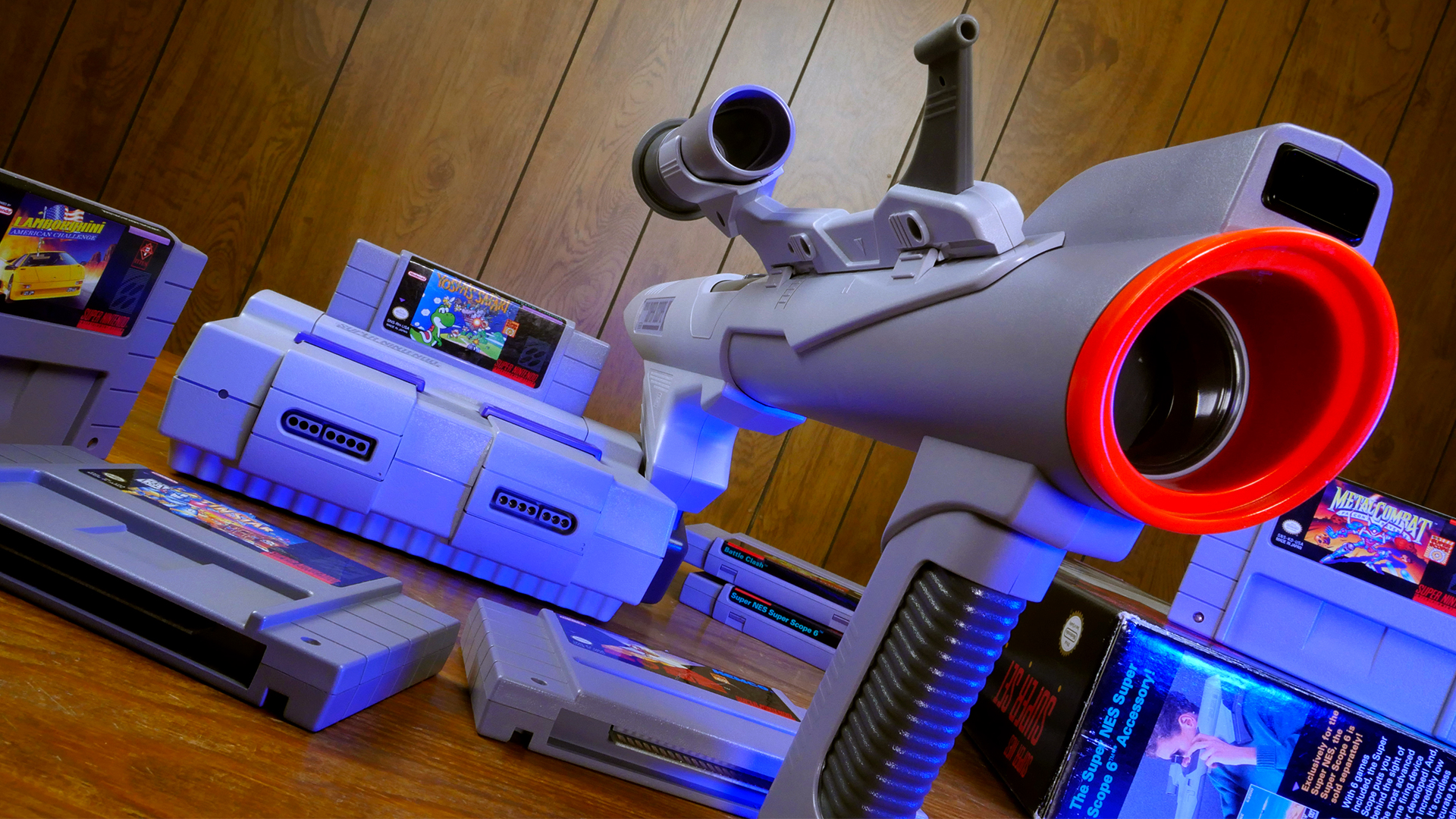 Hey everyone, it’s Try from My Life in Gaming. About four or five years ago, I noticed that YouTube had no singular complete video about the Super Scope and all of its games. Really, the internet just lacked a lot of information about the Super Scope and its games in general. This seemed strange to me because I mean, it’s a major first-party accessory for what is perhaps Nintendo’s most fervently beloved console. People kinda poke fun at the Super Scope, but I think it’s kinda awesome-looking. I’d never used one, but I started to buy what I would need to make this complete Super Scope video that I was envisioning. It ended up on the back burner for all these years, and strangely enough, I still didn’t miss my chance to be the first person to make an all-in-one Super Scope video review resource. I felt really inspired to finally play these games and make a video a couple of weeks ago, and well, here we are!

Watch the video for the full details, but I think the Super Scope itself actually works surprisingly well. I really didn’t have much issue with aiming except in cases where it was the game’s fault – whether it was a lack of calibration, dark colors, or just poor game design.

As for the games themselves, there are six games that require the Super Scope, three games with optional support for the full game, one game with a dedicated Super Scope mode, one game that lets you play only its bonus games with the Super Scope, and one game where the functionality is an Easter egg. Something I discovered after releasing the video is that Shien’s Revenge is rumored to support the Super Scope. I’ve since tried playing both the Japanese and English ROMs and this appears to be untrue. I can’t find any information that would prove that Super Scope functionality ended up in the released game. Maybe someone should take this off the Wikipedia page for Shien’s Revenge! But it just goes to show my point – there is weirdly not a lot of good information out there on the Super Scope and its games, and I just thought it would be fun to do it myself.

One thing I cut out of the video is an anecdote regarding my Super Scope receivers. I have two of them, but one causes a very strange behavior – the controller in port 1 will not function correctly. This makes it impossible to enter hard mode codes or play certain 2-player modes like in Yoshi’s Safari. I thought this was just how it was at first, so I was really confused. I tried it in two different consoles with three different controllers, but the controllers just wouldn’t work right when the Super Scope receiver was plugged in. I finally tried my other receiver (it’s yellowed, which is why I wasn’t using it), and the controllers work just fine with that one! So what’s the conclusion? I don’t know. I can’t find any discussion online that would suggest this is a common or known issue. One thing I can say is that when I first got it, I tried using it with a controller extension, but it didn’t work. It seemed to work fine without an extension though, and I didn’t discover the controller issue until the other week. Is there some possibility there are some really badly wired SNES controller extensions out there, or that something very unusual about the receiver would make it so that it could be damaged in such a weird way by attempting to use an extension with it? I just don’t know, and that’s why I didn’t want to put it in the video – but I’m sure as heck not gonna risk trying an extension with my good receiver. It could just be something that went wrong for any number of other reasons for all I know – but I just wanted to mention it in case someone else was tempted to try an extension, or if they had the same controller problem I had.

Anyway, I hope you enjoy the video!