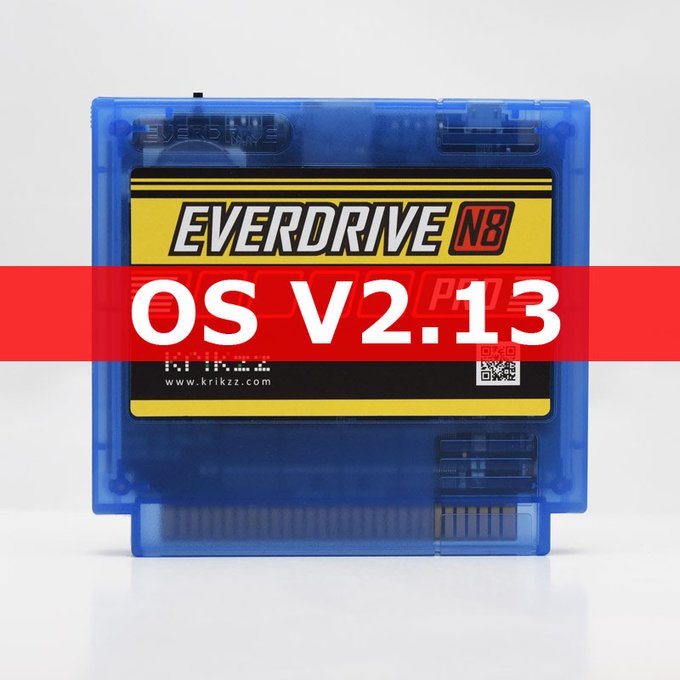 Krikzz has just released a new firmware update for the EverDrive N8-Pro rom-cart.

In this new update, Krikzz added support for yet another NES/Famicom mapper. For the uninitiated, mappers refer to the different hardware configurations used in some NES/Famicom carts to bypass the console’s limitations. Some of the most common uses of mappers include: extra sound channels, added RAM and bigger rom size.

With the addition of mapper 192, the N8-Pro now supports most, if not all, Waixing games. Waixing was a Chinese development company that, from the early 90s throughout the mid 2000s, was responsible for releasing several unlicensed/pirated Famicom and Gameboy games. Their catalogue mostly consists of Chinese translations of Japanese games and even a few original in-house developed games.

Also, in this firmware update, Krikzz introduced changes in the way the cart handles storing game related data. When booting a rom for the first time, the cart will now create a sub-folder located in EDN8/gamedata and named after that rom. The folder will contain data specific to the game like cheats and saves. This feature helps make data backup and management a much easier process.

Here is the full of list of features, bug fixes and updates introduced in firmware v2.13:

To update your N8-Pro to the latest firmware, simply download the .zip archive located here. Then extract the archive contents and copy the EDN8 folder in its entirety to the root of your SD card.