Eon has just announced they’ll be releasing a plug-and-play HDMI adapter next month for the Nintendo 64.  They claim it won’t add lag and is using S-Video to scale the signal to 480p.

S-Video is an interesting choice, as it will provide a clean signal without any modifications needed to the console; A true plug-and-play device, like the GameCube products they currently sell.  Unfortunately, that means not all PAL consoles will work properly, as some have issues with their S-Video output.  Maybe they’ll consider releasing a PAL version in the future that’s essentially a composite-to-HDMI converter, but at the moment, there’s a few more important questions to ask:

– What chip are they using for the conversion?

As we’ve seen with the RetroTINK2x, it’s possible to find a “linedoubling” chip that processes 240p correctly (no flicker) and doesn’t add any measurable lag.  On the other side of things, we’ve seen what happens with companies like Pound and Hyperkin using chips that add a tremendous amount of lag with a headache-inducing, filckery output due to processing 240p as 480i.

Based on Eon’s previous offerings, I’d be willing to bet they did it right and used the proper hardware.  Without seeing it myself, I can’t say for sure though.

Quite a few N64 games run in 480i, so it’s important to know how this device will process it.  Does it implement a zero-lag “bob deinterlace”, or simply pass the signal through.  Is there a choice?  Will it work at all?

One common issue I see with plug & play dongles, is they sometimes act like an “anchor”, putting pressure on the console’s output connectors.  Over the course of time, this could cause damage and prematurely wear out your console.  Based on the pictures shown, this is NOT the case with this device!  It looks like they made the dongle in a way that it supports the console and relieves all pressure added from the HDMI cable…provided you place the N64 on a flat-surface of course.  I’d call this one a big win!

This is the question I’m having the hardest time understanding.  A RetroTINK2X, 3D printed case, PSU and a GOOD quality S-Video cable are the same price, offer the exact same features…and will work with EVERY retro gaming console that outputs Composite, S-Video or Component Video.  Why would someone buy a product for one device, when they can get the same thing for all???

The one advantage I see to this is Eon’s marketing:  Their previous marketing strategy exposed their GCVideo devices to a crowd that loves them, but probably would have never heard about them, if not for Eon’s marketing!  I would love to see the same doors opened for N64 fans worldwide, who’s only previous exposure to HDMI N64 has been the terrible solutions from the companies I mentioned earlier. 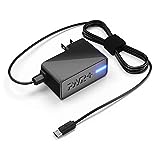 (230)
$14.99
FEATURES / POWER SPECS : Only Pwr+ Chargers Have Extra Long 6.5 Ft Power Cords / Smart Power: 5V 3.5A 5W 9W 10W 15W 18W (5.3V compatible) Powerfast Quick Rapid Fast Charger (NOT Q C 3.0) / Steel-Reinforced Micro-USB Tip for Extended Usability / Made ... read more
(as of January 23, 2022 - More infoProduct prices and availability are accurate as of the date/time indicated and are subject to change. Any price and availability information displayed on [relevant Amazon Site(s), as applicable] at the time of purchase will apply to the purchase of this product.) 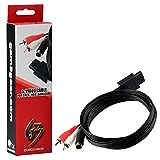 (627)
$8.99
High quaility S-Video Cable for SNES/N64/Gamecube Made by Gam3Gear Cable Length: 168cm NOTE: NOT compatible with PAL GameCube because the console was made out of S-video support but the cable is compatible with NTSC /US GameCube
(as of January 23, 2022 - More infoProduct prices and availability are accurate as of the date/time indicated and are subject to change. Any price and availability information displayed on [relevant Amazon Site(s), as applicable] at the time of purchase will apply to the purchase of this product.)

Introducing the EON Super 64, the world's first plug-and-play HDMI adapter for the N64! 🎁