I’m going to say something so blindingly obvious, so nearly tautological, that I might as well be telling you that water is wet: data integrity is important for retro gaming. As our current storage mediums age and decay, and we begin the arduous process of migrating our data to newer mediums with improved reliability and support, it’s important that users understand some best practices and computing fundamentals that will help our community preserve gaming for subsequent generations. One tool that will help us do just that is something called a “checksum”, which is an algorithm that data archivists use to see if the data they have is still the same as it was when it was first generated. For those of you out there screaming at me through your computer screens: yes, this is about as broad of a simplification as I can make and I know it’s a little more complicated than that. Still, we’re starting from square one here and I plan to explore this concept in greater detail with subsequent articles.

For part one of this series, let’s make the concept of a checksum slightly more “digestible” by going through a thought experiment. Say that I want to make some soup for a date tonight but I don’t have a recipe on hand. I call Bob from RetroRGB and he gives me an ingredients list from one of his recipes, which is a simple chicken soup:

Like most folk probably would, I decided to write this ingredient list down on a sheet of paper that I put in my pocket. In addition to writing the list down though, I also decide that I’m going to count all the characters (not including spaces) in the entire ingredients list and keep that number on a separate piece of paper. In this instance, I get a result of 177. That’ll be important later.

So, I’m walking to the store and it’s a gorgeous day; almost too gorgeous. In fact, it’s so hot out that I’m sweating like a hog while I’m walking. As a result, by the time I get to the store I’ve completely soaked my groceries list and it looks very different now. I think I can make it out, but the ingredients seem kinda… odd:

Even though the ingredients seem similar, it is pretty clear that this isn’t the same list I wrote down earlier. I remember that number I wrote down before I left my house: 177. In theory, if I count the number of characters in this list and it adds up to 177 then nothing has changed, right?

Well, you can guess where this is going. I count up the number of characters in the list and get 168. Darn! Something changed but because I don’t really know how to make soup I’m not sure what it could be. However, because I know something is wrong I decide to just call Bob back and ask him to read me the ingredients list again. I copy it down, again, and because I’m kinda nervous I decide that I’ll count all the characters in it to make double sure that it’s the same as the first time I called Bob up. Lo and behold, the new list has a character count of 177, just like the original list! I now feel confident that I’m buying the right ingredients for this recipe and my soup is saved. Sure, my date still thinks I’m a total weirdo for making chicken soup in the blistering heat but another sweaty catastrophe has been averted.

To loop back to the namesake of this article, that little number I wrote down (177) was, in a broad manner of speaking, a checksum. Checksums are just short strings of data, generated by algorithms that use my information (in this case, the ingredients list) as the input. I used that short string to compare my sweaty list to my dry list, and also compare my dry list to the replacement list I got from my friend the second time. By doing so, I was not only able to see that the sweaty copy of my list had been compromised by the ravages of time, but also that the replacement list I got from my friend was identical to my original list. I do this very same thing with copies of my video games all the time, which is possible because groups like No-Intro and Re-Dump have taken on the Herculean task of scanning and cataloguing entire libraries of video games. I scan my game files with a checksum algorithm, like MD5, and then compare the output I get to that game’s listing on an archival database. If I get a matching string, I know that the game in my possession is bit-for-bit the exact same as when it was released, and—as long as my hardware is working properly—the experience I have playing it should be exactly as the developer intended.

If you’ve stayed with me through this whole article I’m super grateful. Again, checksums are a little more complicated than all this but if you tune in for the next article I’ll be sure to have some more real-world examples of how checksums can be used by retro gamers like you and me.

(236446)
$61.99
Easily store and access 2TB to content on the go with the Seagate Portable Drive, a USB external hard drive Designed to work with Windows or Mac computers, this external hard drive makes backup a snap just drag and drop To get set up, connect the por... read more
(as of February 8, 2023 - More infoProduct prices and availability are accurate as of the date/time indicated and are subject to change. Any price and availability information displayed on [relevant Amazon Site(s), as applicable] at the time of purchase will apply to the purchase of this product.) 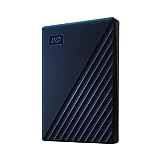 (77587)
$69.99 $64.00
Designed for Mac Software for device management and backup with password protection. (Download and installation required. Terms and conditions apply. User account registration may be required.) 256-bit AES hardware encryption SuperSpeed USB port (5Gb... read more
(as of February 8, 2023 - More infoProduct prices and availability are accurate as of the date/time indicated and are subject to change. Any price and availability information displayed on [relevant Amazon Site(s), as applicable] at the time of purchase will apply to the purchase of this product.)

(35966)
$20.60 $19.74
Shot speeds up to 70MB/s, transfer speeds up to 150MB/s requires compatible devices capable of reaching such speeds. Based on internal testing; performance may be lower depending upon host device, interface, usage conditions and other factors Perfect... read more
(as of February 8, 2023 - More infoProduct prices and availability are accurate as of the date/time indicated and are subject to change. Any price and availability information displayed on [relevant Amazon Site(s), as applicable] at the time of purchase will apply to the purchase of this product.)

(15116)
$13.61 $7.50
High-speed, Class 10 performance leverages UHS-I (U1 or U3 depends on capacity) technology for a read transfer speed up to 95MB/s (633x). Capture high quality images of stunning 1080p full-HD, 3D, and 4K video Enjoy shooting longer without changing c... read more
(as of February 8, 2023 - More infoProduct prices and availability are accurate as of the date/time indicated and are subject to change. Any price and availability information displayed on [relevant Amazon Site(s), as applicable] at the time of purchase will apply to the purchase of this product.)