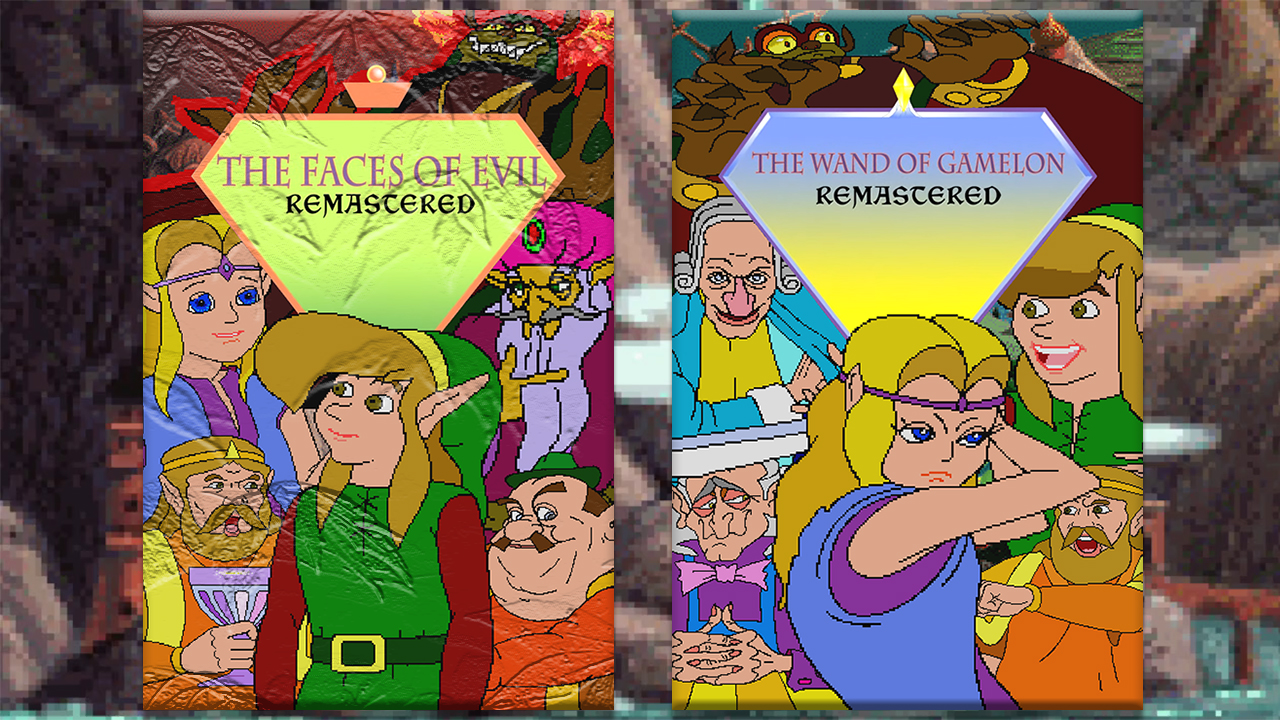 The infamous 1993 CDi Zelda games “The Faces of Evil” and “The Wand of Gamelon” have just been remade and are playable on Windows and Linux.  According to the developer:

“Features include widescreen mode, remastered mode for less frustrating play, subtitles, touched up sprites, unlockables, and more. They are not 1:1 remakes, with many differences, but I believe they capture the spirit.“

I’ve spoken to a few people who’ve played these, as well as the originals and they all agree the “remastered” editions are far more playable than the originals ever were.  While I’m normally someone who prefers to experience a game on original hardware, with original controllers, it seems these remastered editions are far superior in every way.  If you wanted to experience the games in a way that’s actually playable, I suggest giving these a shot.

I don’t feel comfortable posting direct links to the download files, as they keep getting taken down, but if you’d like more information on the game, check out the creator’s Discord channel:  https://discord.com/invite/bGCm8RK

So, I decided to make re-imagined versions of the 1993 CD-i classics "The Faces of Evil" and "The Wand of Gamelon". They are remakes using original assets, available for free download to play on Windows and Linux here:
Linux: https://t.co/x8Iur6mVor
Win: https://t.co/BG7kypiVxt