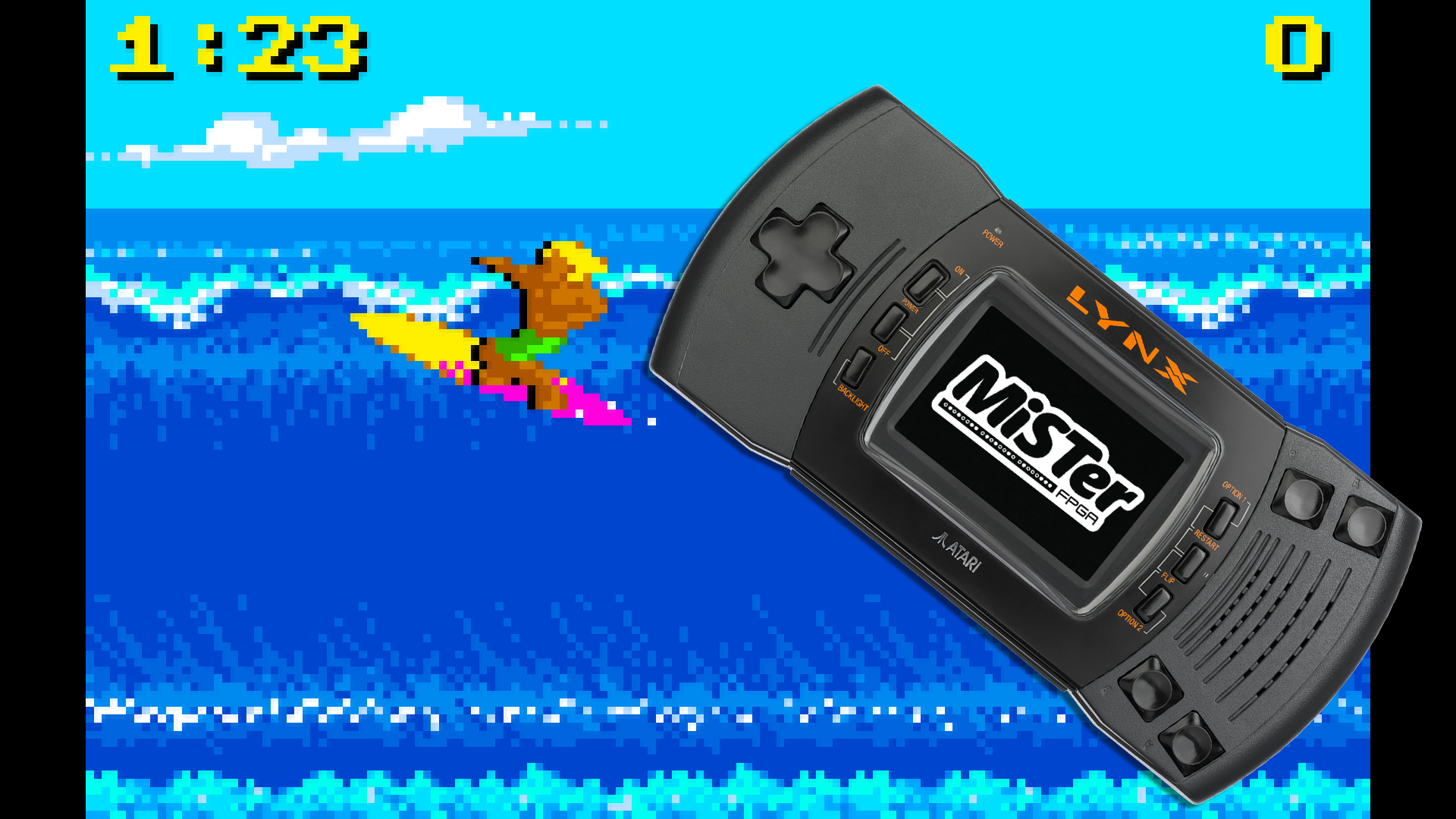 Developer Robert Peip has just released his FPGA core for the Atari Lynx handheld console.  This core is merged with the main project and running your favorite update script should automatically install it;  I’ve been using ‘update_all’ these days.  After updating, simply copy your games to the Atari Lynx folder and start playing!

The core includes a number of cool features that might help the experience on both CRT’s and flat-panels:  First, there’s an option to rotate the screen – Something vitally important to play the Lynx’s vertically-oriented games.  Next, CRT users will be happy to know there’s a “240p mode” that doubles the Lynx’s resolution from 160×102 to 320×204, filling the screen and giving it the look of a typical console from that era!

There’s also savestates, ff/rw, and even a “turbo” CPU mode!  Here’s the full list of features:

#MiSTerFPGA Atari Lynx core is released now: https://t.co/mmrTyZbFIZ
If you like the core or want to support future cores, you can support my work on Patreon: https://t.co/2w170km5hd