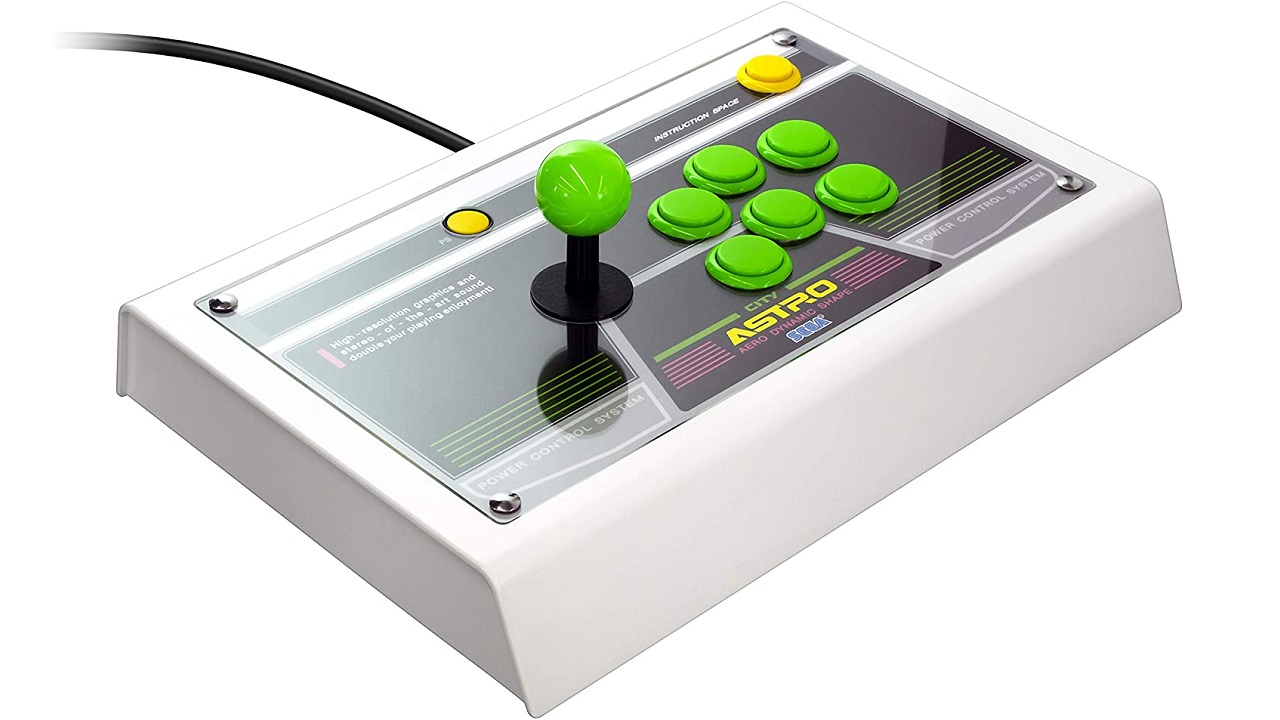 Yesterday, when Sega announced the final game list for the Astro City Mini, they also opened pre-orders on a 6-button arcade stick that will ship on December 17th for around $120.  Link below.

According to Sega, the goal of the stick was to reproduce the same feel of the arcade cabinet, but in joystick form.  They’re using the same Sanwa Denshi stick & buttons and they’re supposedly user-customizable.  As far as I know, there’s no info on how they can be customized and if the stick itself has button mapping options, or just the Astro City mini console.  And of course, there’s no mention of lag ;/

Honestly, I’m more excited for the stick then I am the mini and will probably order one!

(as of February 4, 2023 – More infoProduct prices and availability are accurate as of the date/time indicated and are subject to change. Any price and availability information displayed on [relevant Amazon Site(s), as applicable] at the time of purchase will apply to the purchase of this product.)