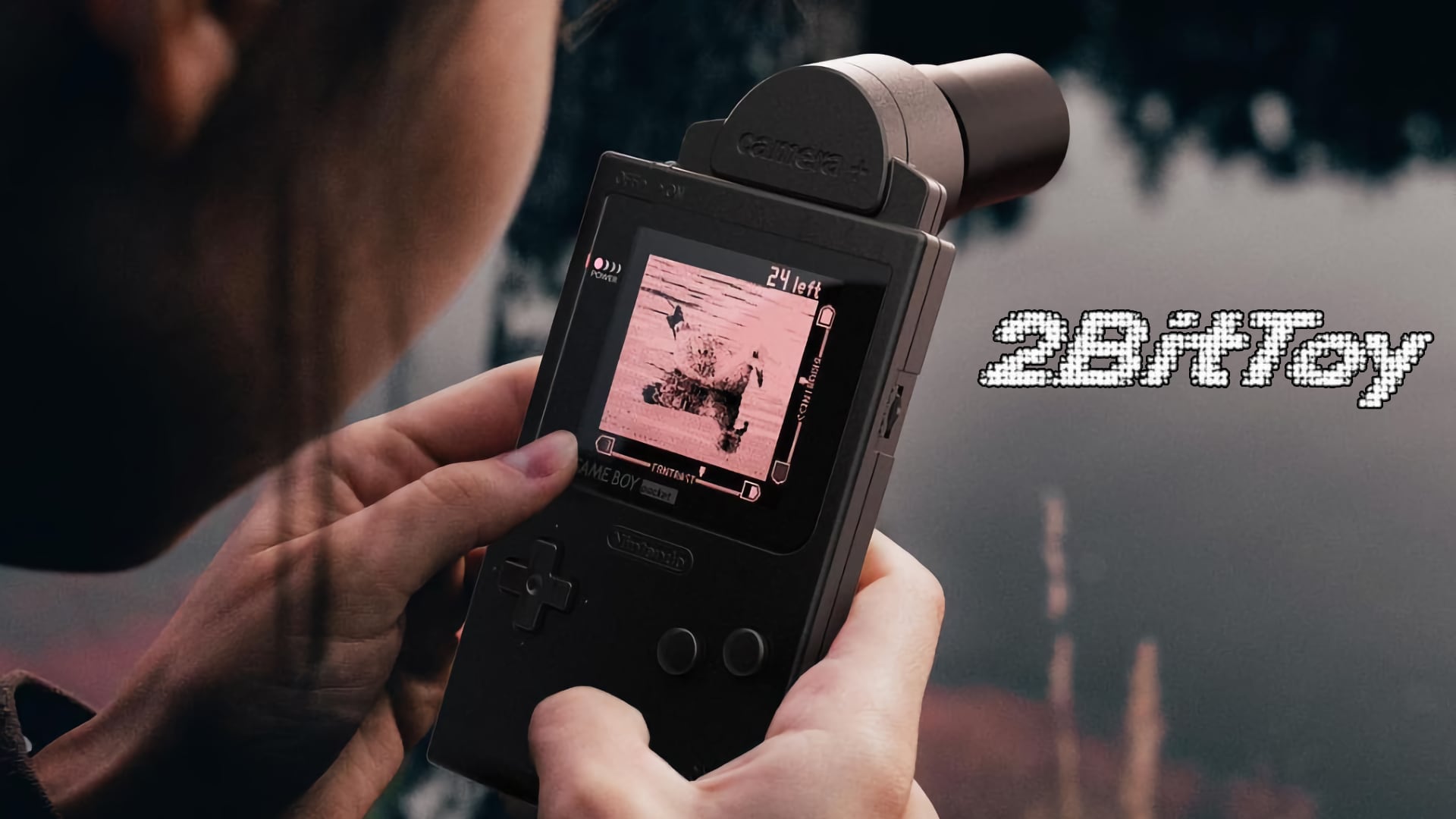 2BitBoy, a photographer whose artistic practice seems to revolve around the GameBoy Camera, has developed a pretty rad looking modification kit that allows other Game Boy Camera enthusiasts to have more control over the way it captures images. The 2BitToy kit essentially replaces the existing GB Camera shell and gives photographers the ability to use CS or C mount lenses and adapters instead of the OEM lens, while also providing mounting points for an infrared cut filter that will allow for more accurate colour reproduction if you plan to explore that process yourself.

The Game Boy Camera, released in 1998, is a toylike accessory for the original Game Boy that is all at once a video game, digital camera, and chiptune audio synthesizer. Its roughly 1/4″ sensor captures 128×112 pixel images in four shades of grey (aka 2-bits), with enough onboard storage for thirty pictures that could either be used in mini-games or printed on to thermal paper with the Game Boy Printer. In the same way that artists took to other lo-fi cameras before it—like the Fisher Price PXL2000 for example—a cottage industry of modifications has allowed photographers to explore the Game Boy Camera’s artistic possibilities in ways that weren’t possible with the stock lens.

What I find most exciting about the 2BitToy is its focus on giving users the ability to attach CS or C mount lenses to the GB Camera. While previous Canon EF mount modifications have certainly been entertaining, the problem with pairing most EF mount lenses with a sensor this small is that the field of view you get is far too zoomed in to be practical for most uses. CS and C mount lenses are made for a variety of camera systems though, and you can often find affordable glass made for security or industrial applications that would pair well with the GB Camera. Even if you would like to use some longer telephoto lenses with the 2BitToy, the short flange depth of C mount means that you can attach adapters for tons of older SLR lenses from Pentax, Canon, Nikon, Minolta, or whoever.

The mod itself requires that you already own a Game Boy Camera, but otherwise all you need are the original screws, some 3D printed parts that can be purchased from ShapeWays or downloaded and printed yourself, and a few other machined lens mount parts that can be bought from Amazon. Once you have all that installed, most cart dumpers should allow you to export bitmap images directly from the cart and even Analogue has announced that saving GB Camera images to its SD card slot is a feature on their (out of date) Pocket development roadmap. Caveat emptor to all Analogue Pocket users though: As the owner of an EF modified GB Camera and an Analogue Pocket, I honestly wouldn’t use a modified GB Camera on it. The Analogue Pocket’s cart slot does not provide anywhere near as much support as the DMG/GBP/GBC cart slots do, and the extra weight from an external lens puts a lot of pressure on those pins. If you want to explore this kind of project, I would honestly recommend using some kind of modified Game Boy, Game Boy Pocket, or Game Boy Color with a backlit screen instead.